There’s a lot to look forward to this bright and shiny new year: Carnevale di Venezia in Venice, Italy; Winter Olympics in Pyeongchang, South Korea; FIFA World Cup in Russia; centennial celebrations in Estonia, Lithuania and Latvia. But while everyone else is descending on these 2018 favourites, head to these sometimes lesser-known locales for a holiday off the beaten track. The travel experts at Flight Centre have compiled a list of nine veritable voyages to keep your travels happy this year.

Besides, football hooliganism is SO 2017 and everyone knows the best seat in the house for the Olympics is your own. 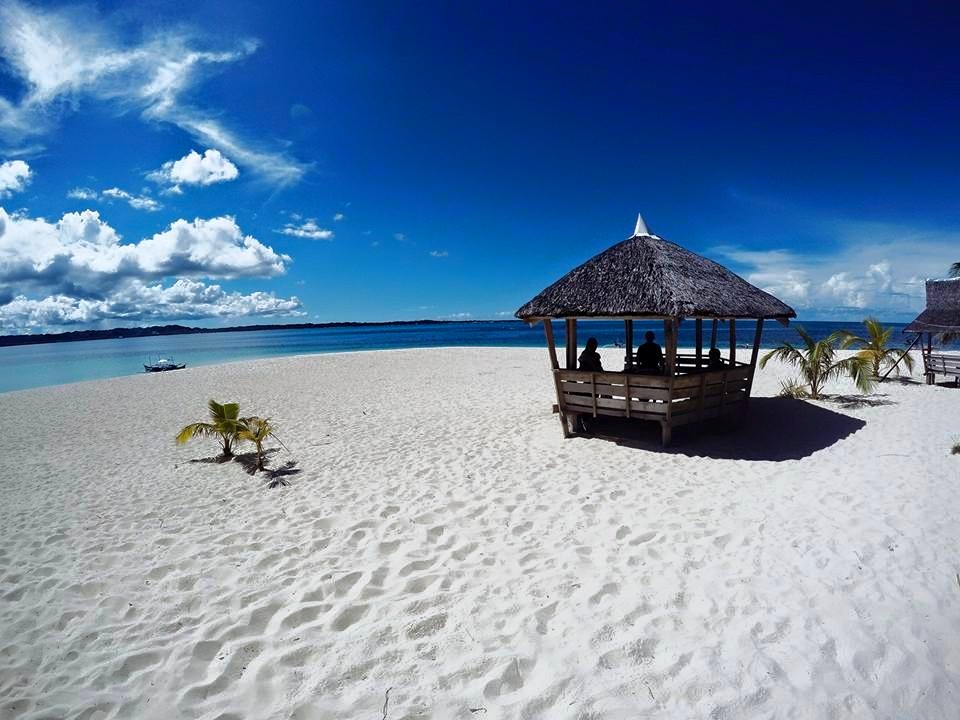 Calm beaches, great waves: Siargao is known as the “Surfing Capital of the Philippines” (Credit/Wiki Commons)

Think you’ve seen all that the Philippines has to offer? Let the breathtakingly beautiful island of Siargao (pronounced shar-GOW) prove you wrong. Ok, so we’ll admit that getting to this little slice of paradise is half the adventure—no short hops here—but a flight via Cebu or lazy ferry ride from Surigao City allows you time to fully unwind and reset your clock to island time. 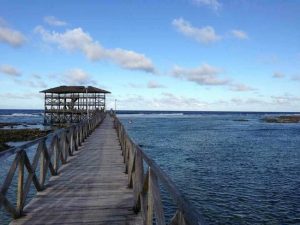 Once you arrive, there’s no shortage of things to do. Siargao is home to one of the area’s largest mangroves and its resident population of saltwater crocodiles, whilst the island is also ringed with some truly spectacular coral reefs. But the big draw here is Siargao’s surf, which led Surfer Magazine to name it as one of the “Ten Best Surf Trips of All Time”. For the ultimate in wave-riding cred, head to the famous Cloud Nine Reef, which plays host to Siargao’s annual international surfing cup competition. Rad! 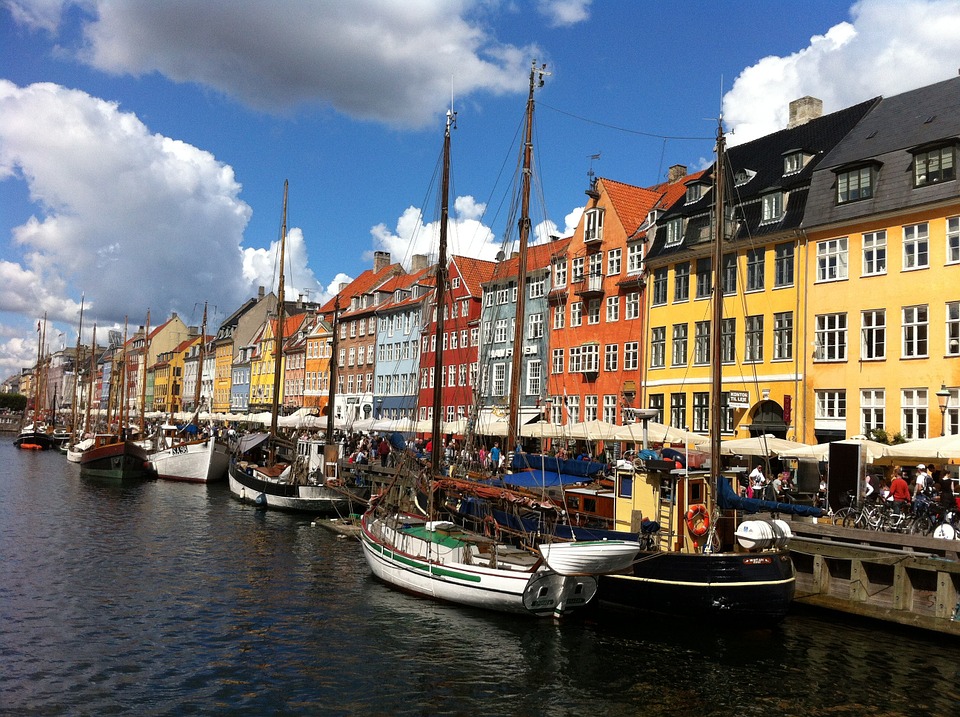 If you’re after a city break done in the best possible taste, Copenhagen is the destination for you—and thanks to Cathay Pacific’s direct flights from Hong Kong (launching May 2018), getting there will be a lot easier. Branded the world’s “most liveable” city by Monocle magazine, Copenhagen really does have it all—stunning architecture, incredible dining, rich culture and bags of charm too. 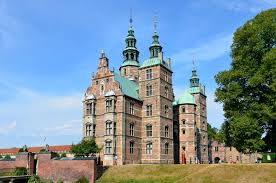 Exploring its cobblestoned streets is best done on foot, allowing you to take in the city’s ornate cathedrals, Renaissance palaces, chic design boutiques and picturesque waterways at leisure. The fairytale-esque Rosenbourg Castle and fascinating David Collection, which showcases a dazzling range of Islamic and Middle Eastern art, are just some of the highlights. Tivoli Gardens, one of the world’s oldest amusement parks, is well worth a visit in the evening, when its lovely gardens and funfair rides are beautifully illuminated. Worked up an appetite? You’re in the right place. Copenhagen has clocked up an impressive number of Michelin-starred restaurants. With the likes of Noma leading the way, exciting contemporary cuisine teeming with Denmark’s finest ingredients should definitely be on the menu for any visit. 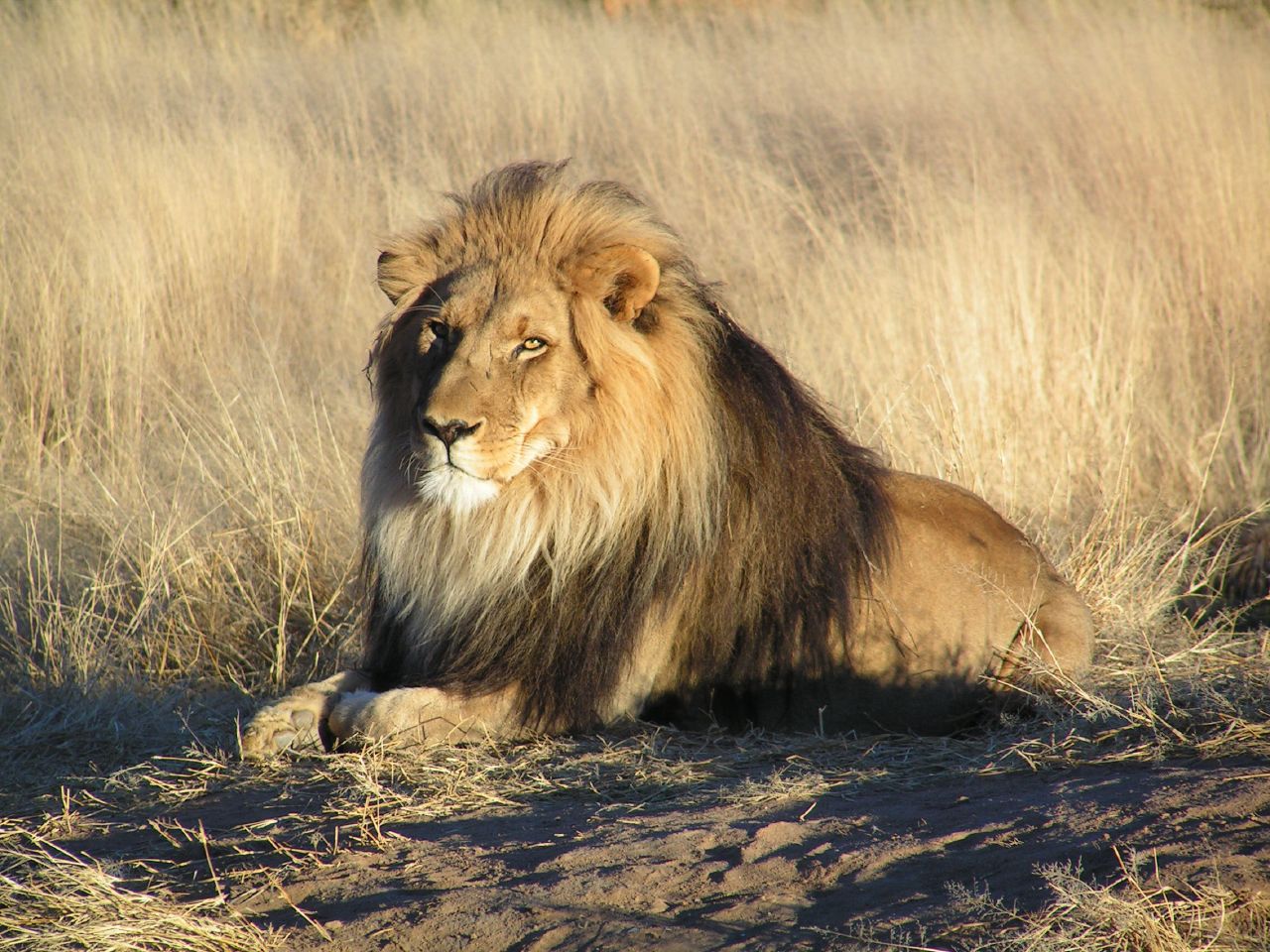 Beautiful Namibia is often described as the ideal place in which to start to explore Africa. Getting there is actually less complicated than you might assume, with a number of flights from Hong Kong via Doha, Johannesburg or Addis Ababa that service its capital Windhoek several times a week. 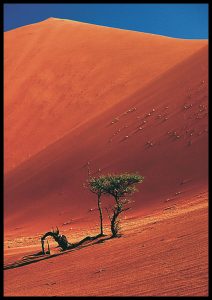 Situated on the continent’s south-western Atlantic coast, this nation certainly has plenty to offer visitors, including strolling around striking German colonial architecture in Windhoek, four-by-four dune-bashing in the sweeping Namib Desert, elephant-spotting on Etosha National Park’s otherworldly salt pans and whale-watching from blustery Walvis Bay. Accommodation ranges from five-star grandeur to camping under the stars, whilst the country’s thriving food scene offers an exciting introduction to Namibian cuisine, which happily co-exists alongside strong European influences. From desert to dining, whatever your dream holiday looks like, you’ll find it in Namibia.

If you’ve already checked Croatia and the Czech Republic off your East European bucket list, Montenegro is looking like the region’s latest it-destination. Where is Montenegro, you might be asking? It was part of Yugoslavia until that country broke up in the 1990s.

Boasting a sublime blend of breathtaking natural beauty and spectacular medieval architecture, it’s perhaps surprising that Montenegro has remained relatively undiscovered until now. Pink sand beaches, peacock blue seas, soaring mountains and lush forests all lie in wait if you know where to look. Check out the buzzy coastal city of Budva for plenty of the former, whilst UNESCO World Heritage Site Durmitor National Park in the north showcases the latter in truly stunning style. 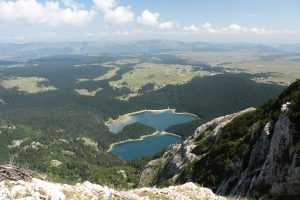 The atmospheric walled town of Kotor, with its treasure trove of Venetian palaces, Byzantine churches and café-scattered squares, all set against a backdrop of dramatic limestone cliffs, is yet another delight in a country that bursts with old-school charm and big-hearted Balkan hospitality. 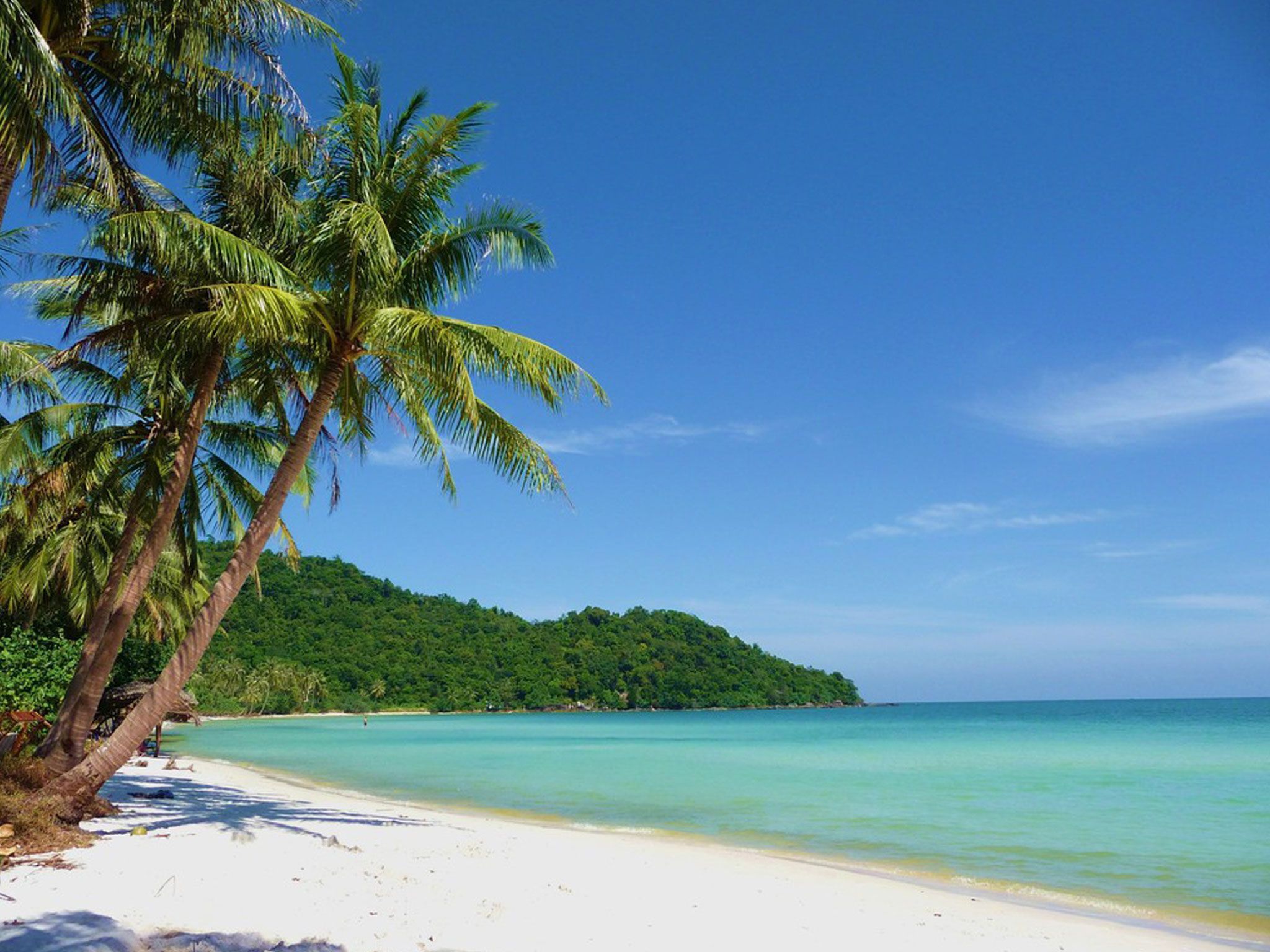 Tired of Thailand? Bored of Bali? Turn your view to Vietnam instead and the balmy island of Phú Quốc, situated just south of the Cambodian coast in the Gulf of Thailand. This idyllic island is easily accessed via connections in Hanoi or Ho Chi Minh City, making it a great option for a double-destination getaway.

Cathedral Basilica of Our Lady of The Immaculate Conception, Ho Chi Minh City

Part of the UNESCO-designated Kien Giang Biosphere Reserve, over half of Phú Quốc is given over to national park. Its lush jungles, rugged mountains and many kilometres of protected coastline provide a safe haven for its native dugong, alongside plenty of other rich marine life in the surrounding reefs. Phú Quốc is renowned for its pristine white sand beaches, with Sao Beach on the south-eastern coast purportedly the whitest of all. Take a meandering trip down to the island’s sleepy south and charter a boat to the An Thoi Islands, a tiny archipelago offering unsurpassed snorkelling. Vibrant Duong Dong is the island’s capital. Don’t miss the chance to explore its daily market, offering the very freshest of Vietnamese flavours. 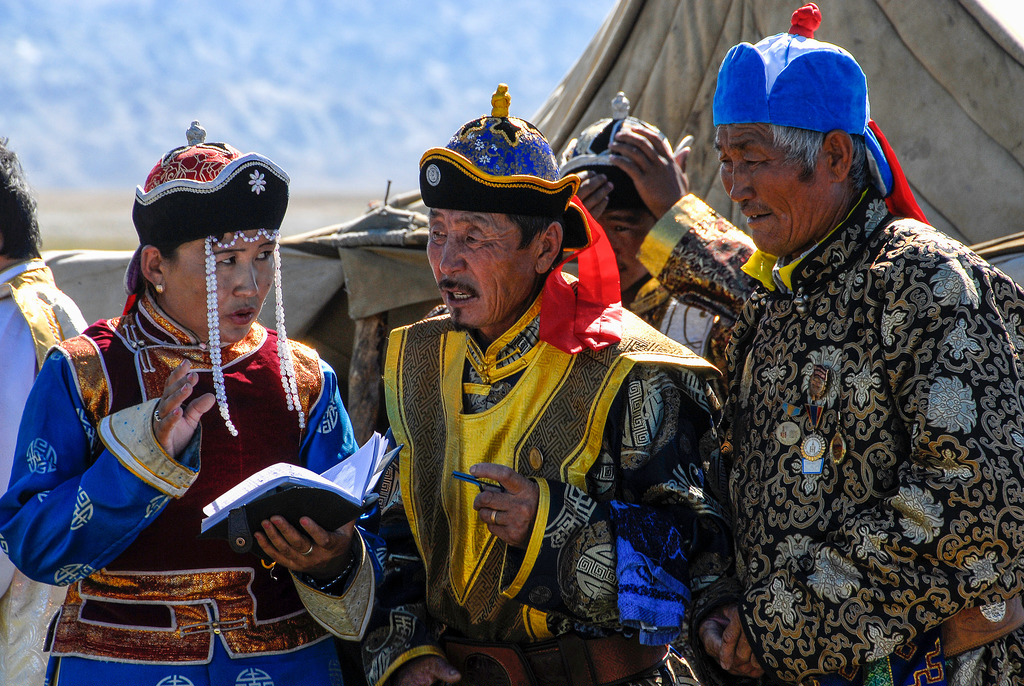 Naadam Festival, or “the three games of men” (Credit/Flickr)

One of the world’s last great adventure travel destinations, the contrast between Mongolia’s rugged rural plains and the bustling modern city of Ulaanbaatar couldn’t be starker. Just four hours (but a whole world away) via a direct flight from Hong Kong, Mongolia’s hectic and high-altitude capital is a year-round destination, and the perfect place to acquaint yourself with the country’s rich cultural heritage.

Yolyn Am is an unexpected slice of the Gobi that features green hills and ice fields. Entering the national park is like being transported to another place, you’ll forget that you are in the Gobi. 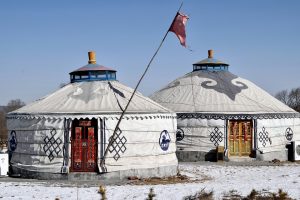 A Yurt (ger in Mongolian) is a portable, round tent used as a dwelling by nomads (Credit/Pixabay)

Outside the city, the serene lakeside destination of Khövsgöl Nuur offers visitors the chance to immerse themselves in unparalleled serenity from under canvas. Over two million years old, the lake area boasts a thriving population of reindeer, wolves and endangered Siberian bears. Visit in July when Naadam, Mongolia’s annual festival of traditional sports including wrestling, archery and horse racing, takes place. Meanwhile, Gurvan Saikhan National Park is the gateway to the Gobi Desert, with residents that include the elusive snow leopard. The area is also home to Yolyn Am, a spectacular gorge and ice field that offers a truly memorable backdrop for the hike of your life. 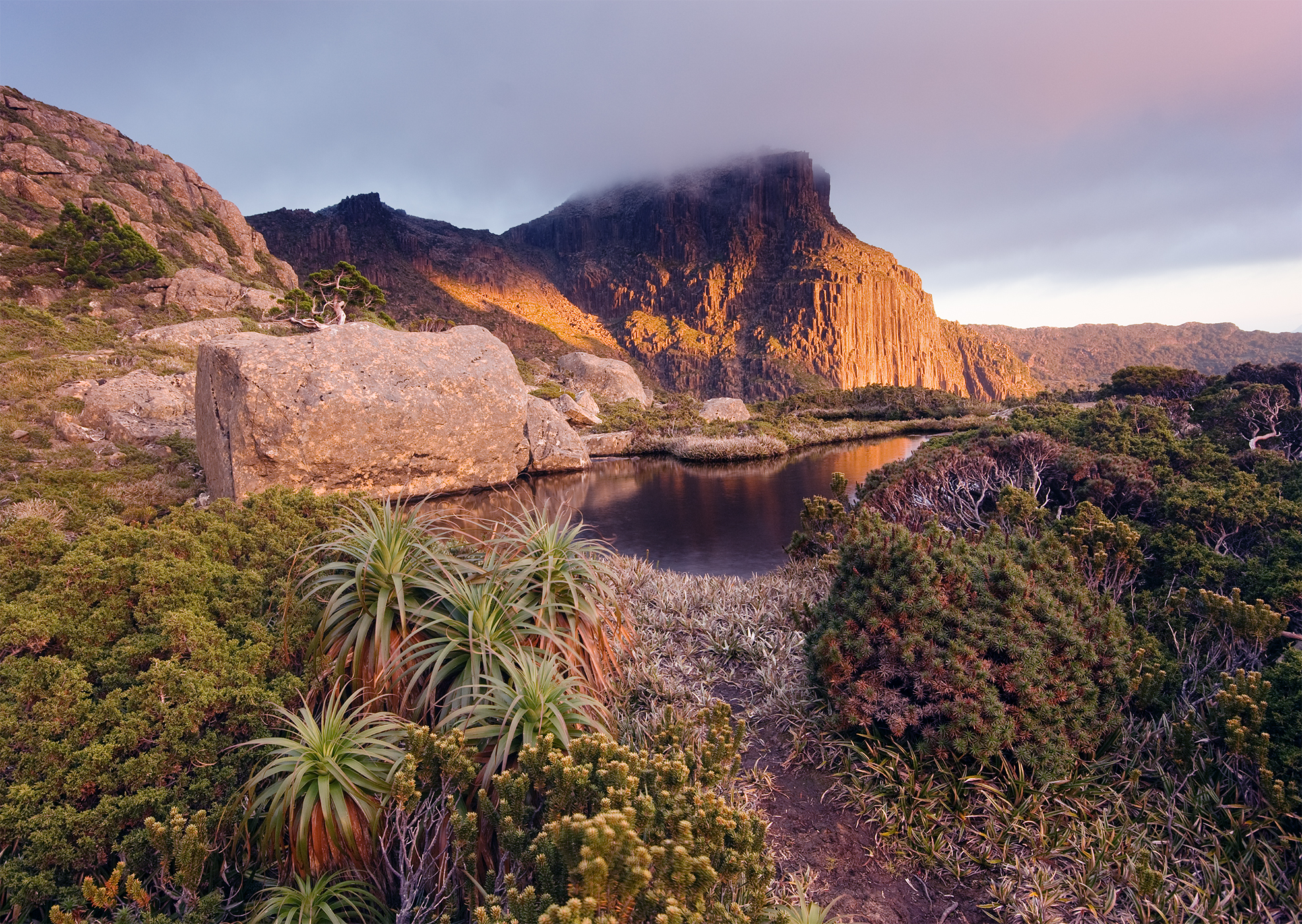 There’s far more to Australia than Sydney and Melbourne, and nowhere proves that more than Tasmania. This rugged island off the mainland’s south coast has an identity all of its own, with crisp clean air, unspoilt natural beauty and a thriving food scene to soak up during your stay.

As home to many of the world’s best wilderness retreats, you can be guaranteed your fill of breathtaking scenery. The alpine majesty of Cradle Mountain Lake in St Clair National Park takes you through ancient pine forests, glacial valleys, tumbling waterfalls and soaring peaks on its famed Overland Track walk, plus gives you the chance to get up close with the region’s most famous resident en route—the Tasmanian devil.

Freycinet National Park offers a different side to the area’s splendour, with azure bays, white sand beaches, pink graphite mountains and an abundance of birdlife; meanwhile, the atmospheric former convict settlement of Port Arthur provides a haunting glimpse into the island’s history. These days, Tasmania has quite the reputation as a foodie haven, with incredible wine, seafood, cheese, fruit and pretty much everything delicious you can think of produced locally. Let the feasting begin! 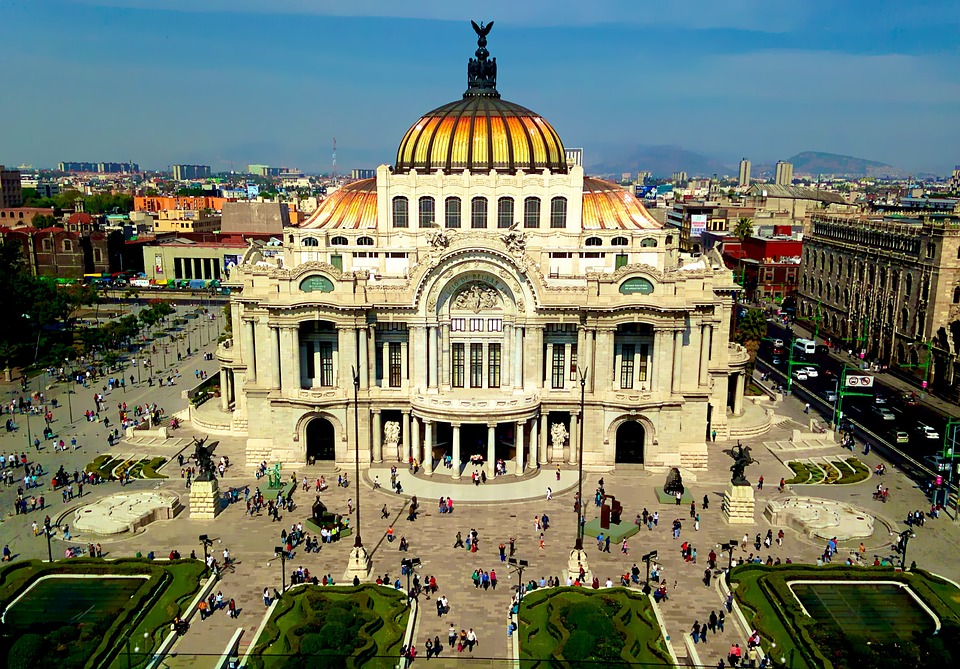 The Palace of Fine Arts is a theater, museum and music venue in Mexico City (Credit/Pixabay)

Bursting with colour, flavour and spice … and that’s just the cuisine! Mexico has long been a popular beach destination for the “fly-and-flop” package holiday crowd, but it’s also a vibrant cultural centre, accessible via a number of North American hubs.

Start in lively capital Mexico City, which, in addition to a flourishing foodie scene, is packed with fascinating museums, galleries and monuments, including the Templo Mayor, a sacred Aztec shrine excavated from beneath the capital’s streets in the 1970s. 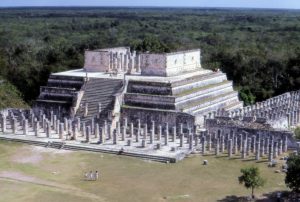 Another culture-rich destination is the city of Oaxaca. Visit in July, when residents hit the streets in indigenous costume for the Guelaguetza Festival, and don’t forget to take home some of the city’s vibrancy in the form of traditional hand-woven textiles, available in every shade of the rainbow. While the Yucatán Peninsula may be known for party towns Cancún and Tulum, its real draw is its ancient ruins, including the awe-inspiring Chichén Itzá—an excavated Mayan city featuring a vast central pyramid, temples and even an observatory. After all that exploration, you’ll definitely deserve a taste of another Mexican icon: an icy-cold cerveza, served with a wedge of lime. 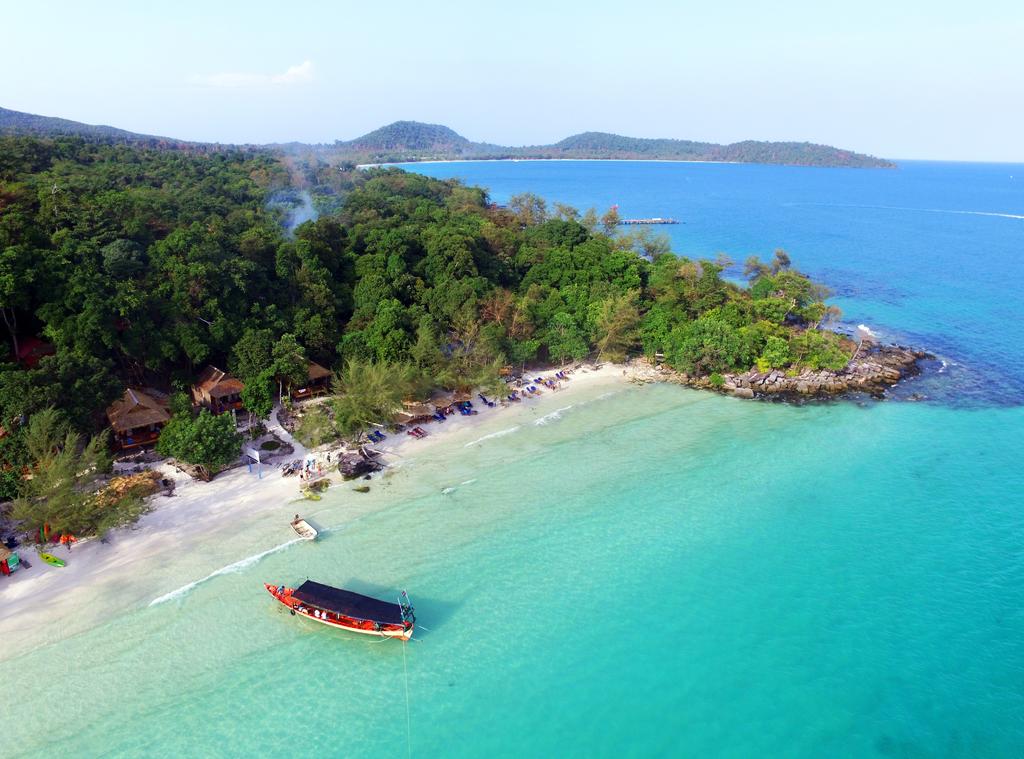 Asia isn’t exactly short of island paradises, but the unspoilt beach bliss of Koh Rong takes some beating. Accessible via a ferry from Sihanoukville, this Cambodian island is still relatively undiscovered, but it’s frankly too gorgeous to stay a hidden gem for much longer. In fact, Koh Rong being touted as the “next Thailand”, so make a beeline for this paradise before it’s lost.

Surrounded by shimmering turquoise waters and home to over 20 picture-perfect beaches, Koh Rong is the ideal destination for those that just want to kick back and soak up the most idyllic form of island life. However, there are some excellent diving, snorkelling and hiking opportunities too if you do fancy getting the adrenaline pumping. Head to the stunning Long Beach via boat or a thrilling jungle trek; you’ll be rewarded with pristine white sands as far as the eye can see, spectacular sunsets and come night-time, the chance to swim amongst sparkling phosphorescent plankton.

Contact your local Flight Centre office to book one of these amazing holidays, or for expert travel advice.

10 crazy things about Mexico you probably didn’t know (and might not WANT to know!)

Around the World in 343 Days