One of the world’s leading luxury experiential travel companies, andBeyond shares nature’s top 10 migrations, including one of the world’s most famous—East Africa’s Great Migration. From big to small animals, these wildlife spectacles take place on land, in the sea and in the air.

The service is impeccable. Everyone on the staff is kind and helpful. Our guide, Phabian, was excellent, so knowledgeable and patient.

The andBeyond lodges, camps and partner properties have front-row seats to these dramatic shows. Expert guides have been revealing these miraculous natural phenomena to guests for more than 25 years. So, be sure to add these 10 amazing animal migrations to your wildlife bucket list. Whether the animals travel in search of fairer climates, greener pastures, warmer waters or the perfect place to give birth, these annual wildlife journeys are as old as time, yet they remain fascinating and truly unforgettable to see.

Arguably the most famous of the animal migrations, the Great Migration is the astounding, never-ending trek of—no exaggeration—more than 1.5 million wildebeest, 500,000 zebra, 18,000 eland and 200,000 Thompson’s gazelle across the enormous Serengeti/Mara ecosystem (peaking in July/August, but taking place year-round). 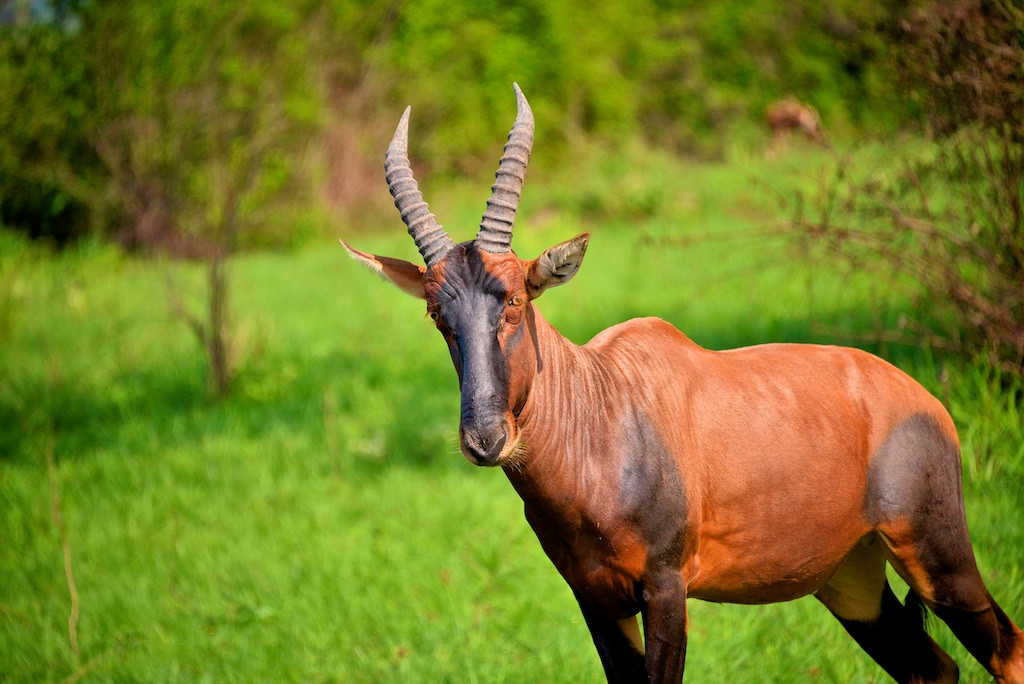 Far lesser known than the Great Wildebeest Migration, East Africa is home to yet another impressive antelope migration. On the Serengeti plains, near andBeyond Grumeti Serengeti Tented Camp, witness sizeable herds of topi—medium-sized antelope—that are also in search of greener pastures to graze (between December and February). 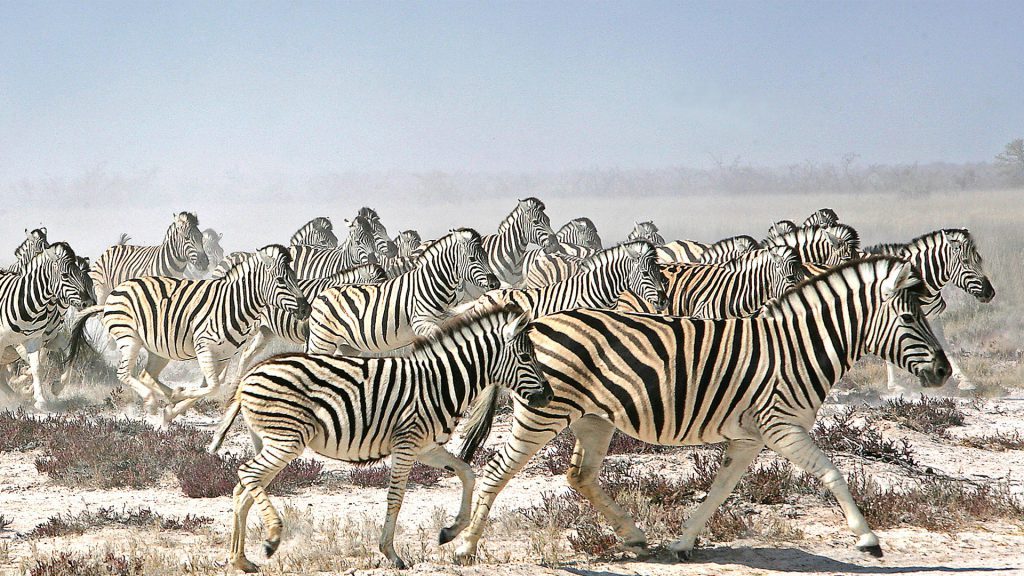 Most definitely a striking sight, watch as dazzles of zebra travel in monochromatic droves through Botswana’s picturesque Linyanti and Savute areas (peaking in January/February). 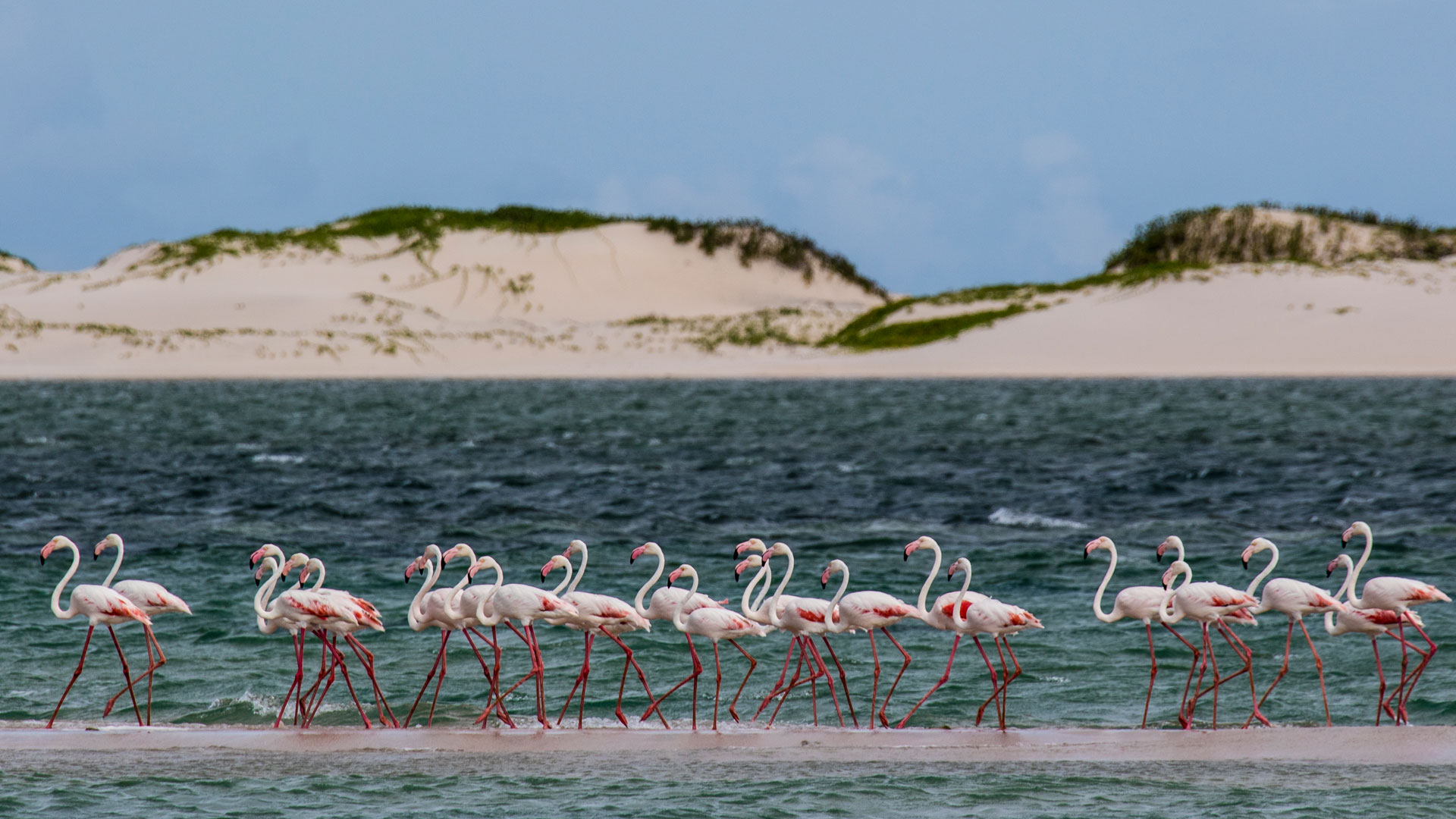 During migration, flamingos fly up to 37 miles per hour and travel over 300 miles (Credit/andBeyond)

Gaze upon a vast sea of pink as large flocks of graceful flamingoes migrate between Tanzania’s many alkaline lakes. These elegant birds fly from lake to lake as food sources deplete and their breeding seasons arrive. Typically, they can be seen at andBeyond Lake Manyara Tree Lodge from June to September, and again from January to March, weather dependent of course. 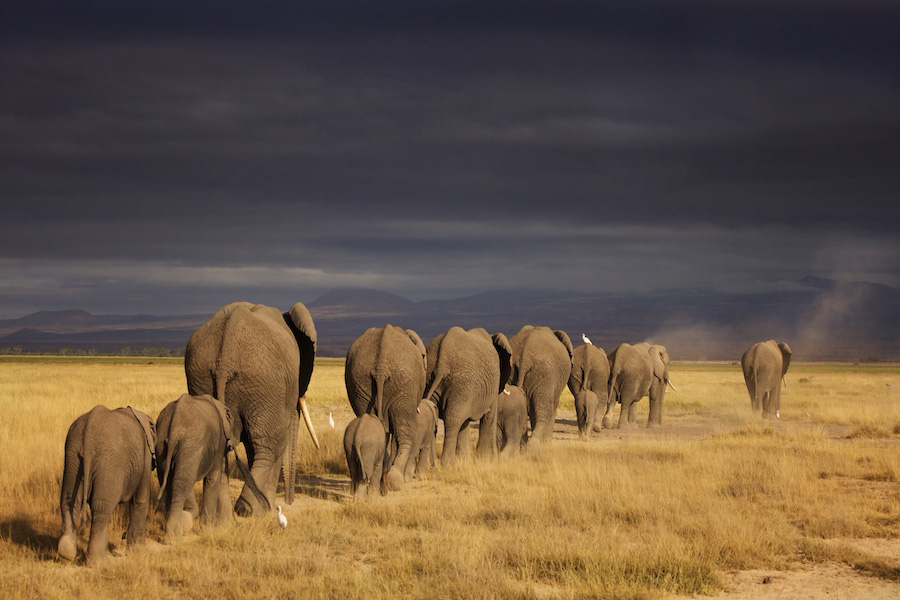 Every year between July and October, wildlife lovers flock to Sri Lanka’s Minneriya and Kaudulla National Parks to witness an extraordinary natural phenomenon: the annual congregation of over 300 wild elephants. Dubbed “The Gathering”, this yearly elephant migration has been observed for centuries and is the highest concentration of wild Asian elephant in the world. 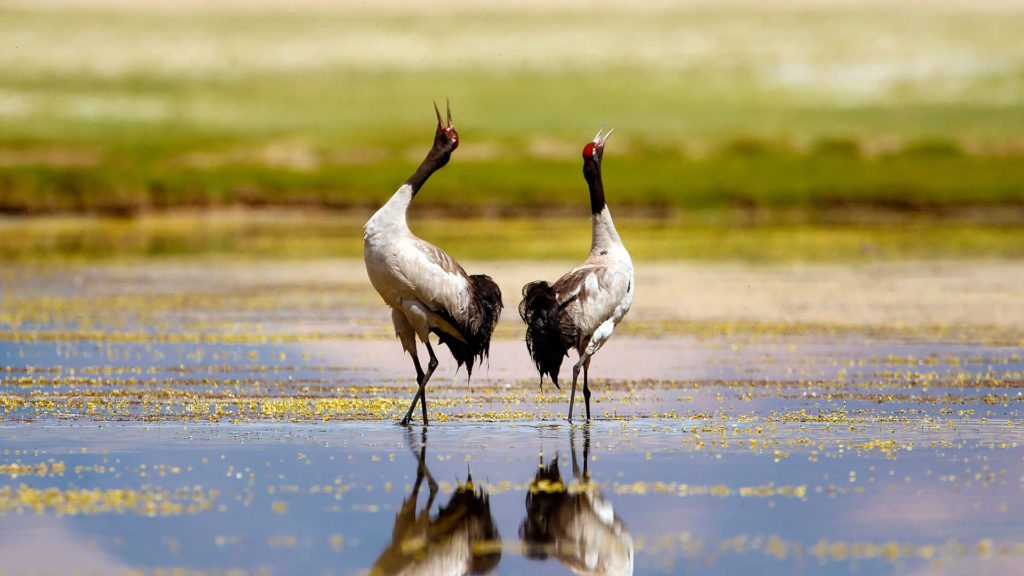 The endangered black-necked crane spends its summer holidays breeding on the Tibetan Plateau. Then, every year from late October to mid-February, more than 300 of these cranes flock to Bhutan’s Phobjikha Valley, and without fail, they enigmatically loop over the Gangtey Goempa Monastery three full times, both when they arrive and when they leave. 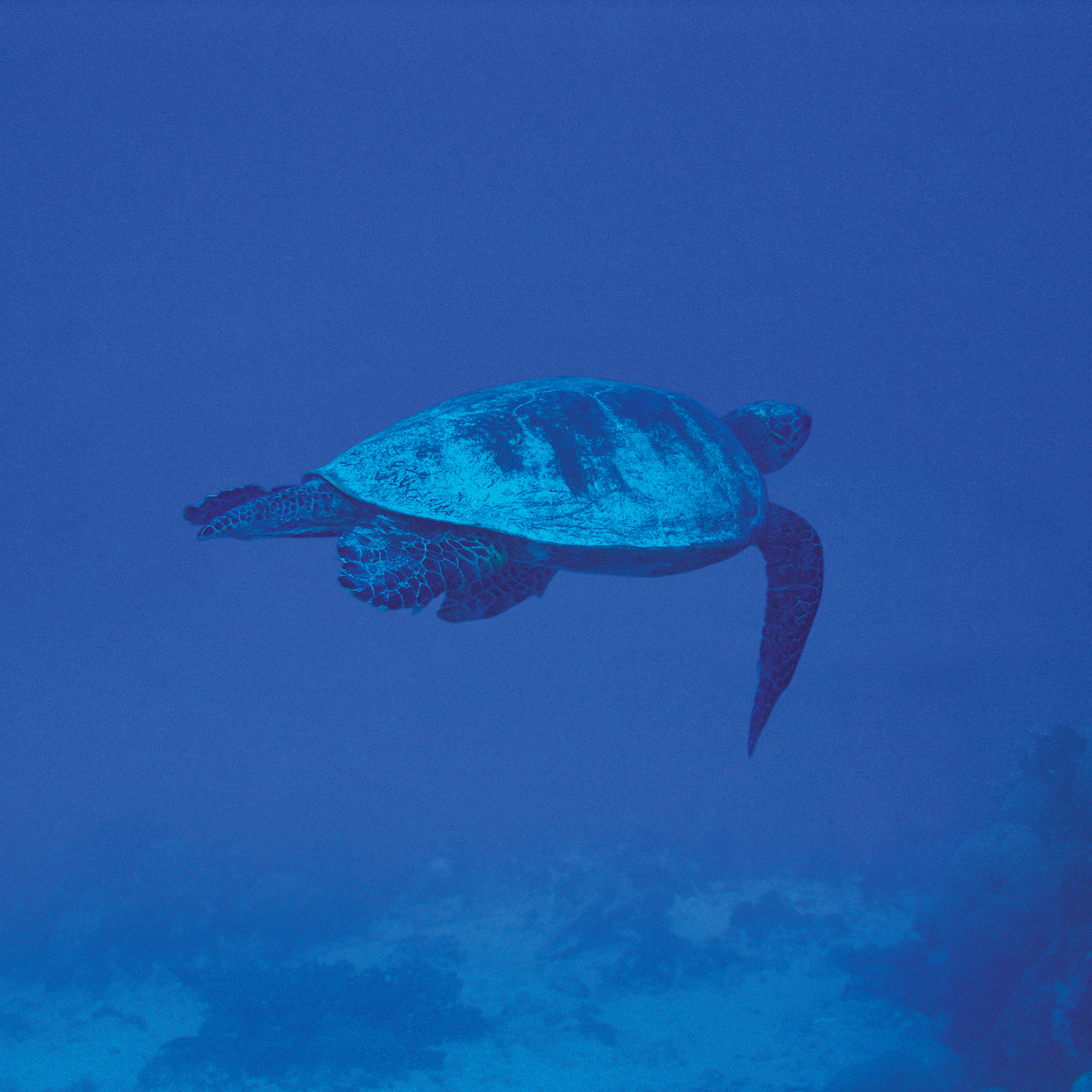 A ritual as old as time, for hundreds of millions of years sea turtles have been innately returning to the exact place they were born to lay their own eggs. Often travelling thousands of kilometres, sea turtles move between foraging and nesting sites, opting for warmer waters as the seasons change.

Every year between November and January, enormous 700 kilogram leatherback and loggerhead turtles emerge from the Indian Ocean to lay their eggs at Sodwana Bay near andBeyond Phinda Private Game Reserve. 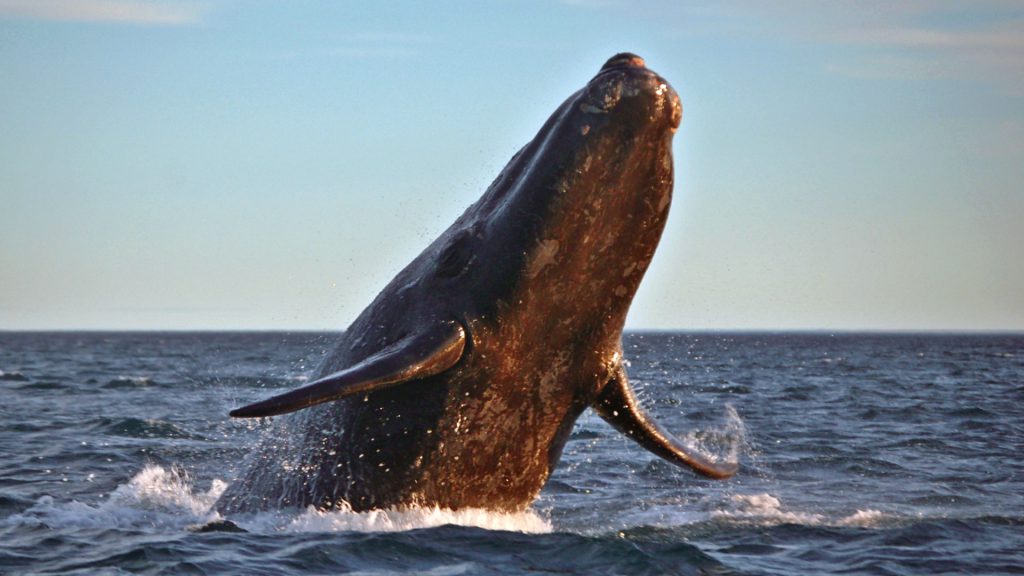 The longest migration of any mammal is, not surprisingly, undertaken by the world’s largest mammal, the whale. Humpback whales actually travel farther than any other species to reach their breeding and feeding grounds—up to 26,000 kilometres annually.

These mighty mammals pass the shores of Mozambique’s Quirimbas Archipelago, alongside their new-born calves, making for some great whale watching between July and September. In both South Africa and South America, the humpback whale watching season runs from May to December. From June to October, these mighty whales give birth in the warm waters off Ecuador, having migrated all the way from the Antarctic. 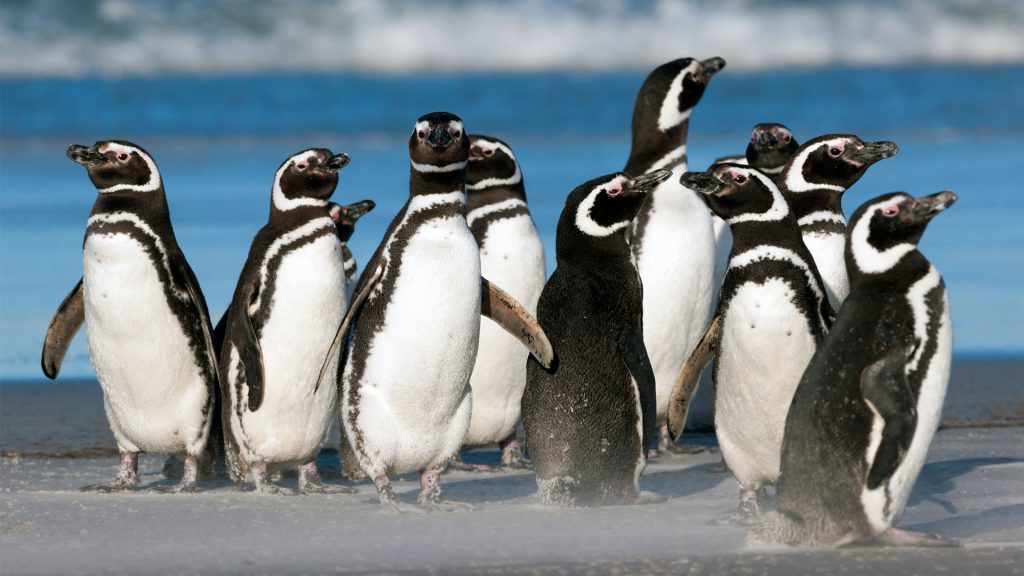 Iconic to South America, the loveable, “tuxedo”-clad Magellanic penguins gather in large nesting colonies to breed on the coasts of Chile and Argentina from September until late February/early March. Between March and September, the flightless birds swim as far north as Brazil in search of warmer climates. 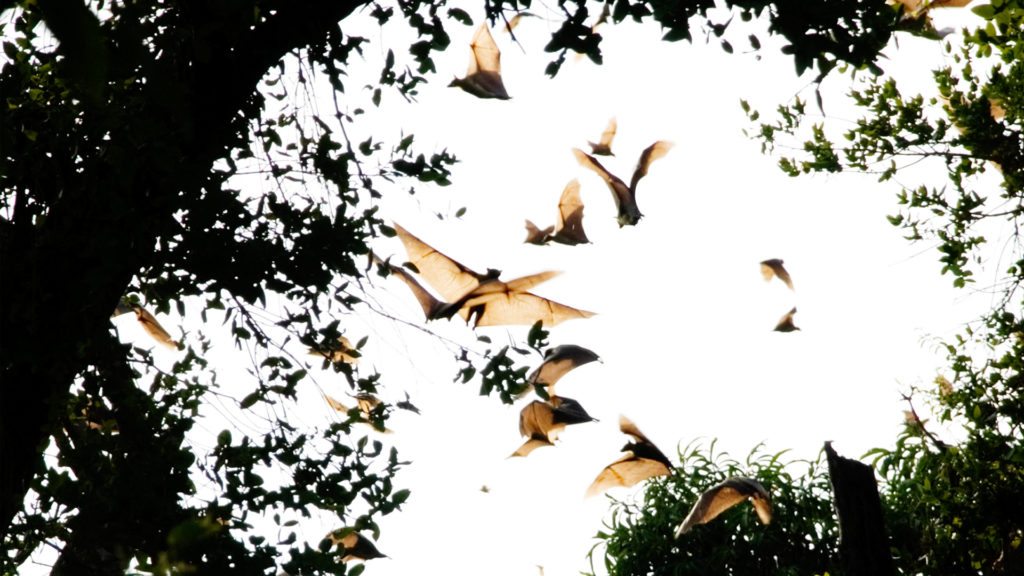 Perhaps not everyone’s cup of tea, the increasingly popular great bat migration takes place in Zambia’s Kasanka National Park. Only a few species of bat are migratory, but the world’s largest mammal migration is that of Zambia’s fruit bats. Enticed by the seed-rich fruits that fill the trees towards the end of October, large colonies of fruit bats start to arrive at Kasanka’s lush swamp forest. A few weeks later, more than eight million of these creatures take over a space no larger than a hectare until early January. 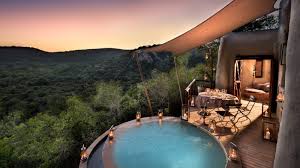 andBeyond is one of the world’s leading luxury experiential travel companies, designing personalised high-end tours in 15 countries in Africa, five in Asia and four in South America. It owns and operates 29 extraordinary lodges and camps in Africa’s iconic safari and island destinations; as well as offers small group, set-departure journeys throughout Africa, Asia and South America. This enables the company to positively impact more than nine million acres of wildlife land and 2,000 kilometres of coastline.

Some guests prefer to build their itinerary lodge by lodge, and are satisfied knowing that they are rewarded with long-stay discounts such as four, five or six nights (and longer) stays, at a combination of andBeyond lodges and camps.

Perhaps you won’t make migration this year, but why not see why Phinda is often referred to as ‘Seven Worlds of Wonder’?

Himalayas: A Life-Changing Adventure For Good

A Gift-To-Share at Alila Fort Bishangarh in Jaipur,...