In the Indonesian archipelago, 400 kilometres east of Bali, luxury resort Nihi Sumba is investing in the island it has called home since its humble beginnings as a surf retreat in the 90s. Formerly known as Nihiwatu, Nihi Sumba is the biggest employer on Sumba Island, with around 400 staff. But far from being a pure-profit business in an exotic paradise, Nihi Sumba recognises that there are real problems facing the people of Sumba.

When we get this place open it’s going to be good for everyone. It’s going to bring prosperity and improved health.

Serving cocktails for a cause

The Sumba Foundation recently held a fundraiser at Hong Kong’s Upper House. Hosted by the founders and together with Julie Koo of UBS and James McBride, leading hotelier and Managing Partner of Nihi Sumba, the event was aimed at promoting awareness of The Sumba Foundation. 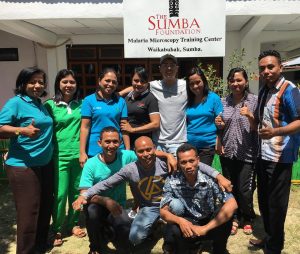 The charity was established to ease the burdens of poverty which the Sumbanese where living under. Since then, the Foundation has done fantastic work helping water, health, education and economic projects grow all over the island. It has helped reduce malaria infection rates by more than 93 per cent, and  360 students are now trained in WHO Malaria Training. Water is also scarce, and the Sumba Foundation has helped build 60 water wells and a network of 250 water stations, providing water to 25,000 people daily. 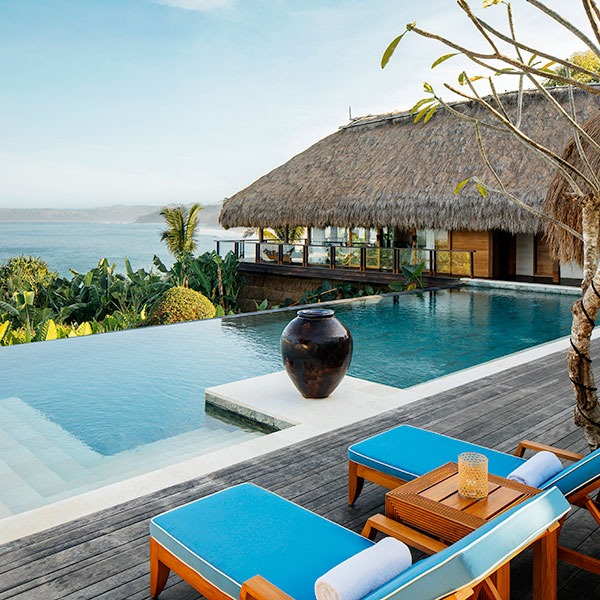 Known to travel gurus as “World’s Best Hotel” for the second year running, Nihi Sumba has won countless awards and its coveted villas are booked months in advance by travellers from around the world. Mr & Mrs Smith declared the Marrangga Villa’s cliffside sleeping quarters the “World’s Sexiest Bedroom” runner-up, proof that sustainable can be seductive.

Nihi Sumba and The Sumba Foundation are a perfect example of a profit and non-profit working well together. The resort donates to cover 100 per cent of the Foundation’s operating costs, allowing for every dollar of donation to go directly to the projects which benefit the local community. Guests get involved and experience firsthand the work. It’s a rare collaboration between a resort and the local community.

Many Nihi guests become benefactors on seeing the work of The Sumba Foundation, creating a connection to the island’s pure culture, while promoting the health and welfare of its society.

Stay in a world-class resort, enjoy barefoot luxury and contribute to the good of Sumba Island and its inhabitants. This is about the best feel-good vacation you will ever take!

Want to get involved but can’t fit in a trip to Nihi Sumba? Visit the Sumba Foundation website for updated information and new projects to get involved with, or email info@sumbafoundation.org.

Nihi Sumba: In a League of its Own