Is Germany’s “Idea Train” the Future of Rail Travel?

What would you say if you knew your commute would include the day’s exercise in the form of a spin class in a“reservable sports cabin” at 100 kilometres an hour? And that you could access a digital personal trainer on a big screen TV, play video games and take a snooze in a “privacy pod”? German railway company Deutsche Bahn recently unveiled Ideenzug, meaning ‘Idea Train’. This train of the future could bring us back to old-school trail travel: luxurious, relaxing and time well spent.

Ideenzug: It’s in the details 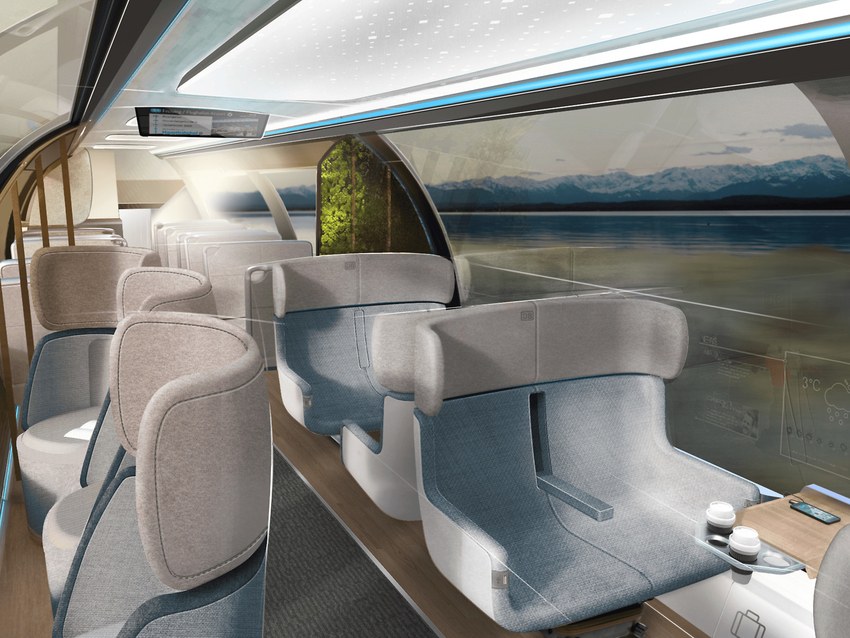 Ideenzug may not be the Belmond Venice Simplon-Orient-Express, but there’s no reason why travelling has to be anything less than civilised. Train travel allows travellers to clickety clack across borders into new cities with a ticket, passport and carry on bag, champagne in hand while taking in the sights. This project, which is in partnership with Germany’s Southeast Bavarian Railway, is still in the development stage. However, developers believe there is a market for such rail travel for both luxury and commuter travellers.

Chairs on the Idea Train would swivel in any direction, so you can avoid motion sickness. The curved seat design and glass panels separating seats would provide a “noise-canceling” ambience.

When developing such concepts, it is not about implementing a train with all the creative ideas at once, but rather taking individual approaches into consideration for new trains. 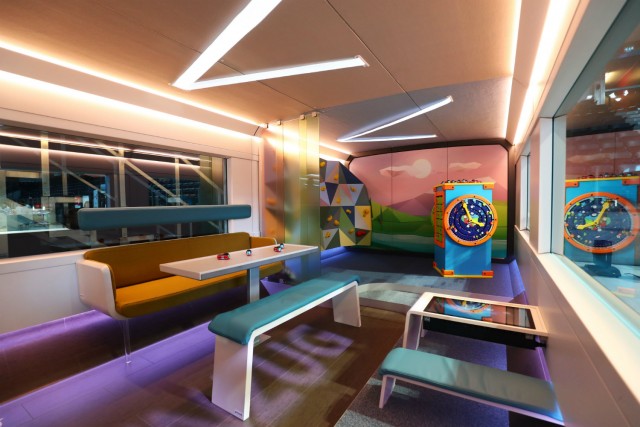 The train industry could find that self-driving cars put a dent in the number of rail passengers. The construction of Germany’s A94 highway, which will stretch from Munich to Simbach am Inn, brings up the role of such cars when it’s completed in 2019.

The history of rail travel can be traced back to the 16th century in Germany, with the invention of coal trains. Modern rail history officially began in the 1830s. All big to medium-sized cities in Germany, as well as many smaller ones, have at least one train station. This mode of transportation is convenient and efficient. So needless to say, the Germans have been doing trains of all sorts for hundreds of years. They even built the first international train line and invented the electric train.

If we can read and eat on the train, why not exercise and sleep comfortably? We look forward to further designs on Germany’s train of the future for comfortable rail travel.