You looked forward to your festival all year. Now it’s time to pack up your wellies and hang your flower garland headband until next year. It’s also time to start thinking about next year’s celebrations … and those tickets! Get a head start with this guide on planet-friendly festivals that will leave you feeling as good going out as you did going in. Our selection looks at transportation, recycling efforts, energy conservation and good-for-you foods.

Wonderfruit is Thailand’s biggest arts and music eco-festivals. The three-day event provides a space for global creative communities to come together to explore the adventure of sustainable living, and it’s built on six pillars: Arts; Music; Farm to Feast; Wellness & Adventure; Talks & Workshops; and Family.

What makes us distinct in terms of our organisational structure is that sustainability was our starting point and then the fun and activities were curated around that.

Here are 12 things you might not know about Wonderfruit. 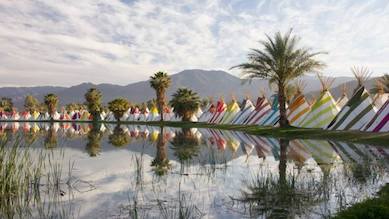 Party in comfort and style at the El Dorado teepee campsite, complete with concierge (Credit/Coachella)

The Coachella Valley Music and Arts Festival, held in Indio, California, is the annual extravaganza for art and music lovers. And boho-hat, selfie-taking lovers. Reduce your carbon footprint and travel there with the gang. Carpoolers with four or more in a car enter to win a chance for VIP tickets or lifelong passes by “carpoolchella”-ing. Coachella also features an energy playground—you play, your devices charge—recycling stores on site, grounds signage with solar panels and a 10-for-1 recycling initiative that gives you a full bottle for 10 empties. That hits the spot! 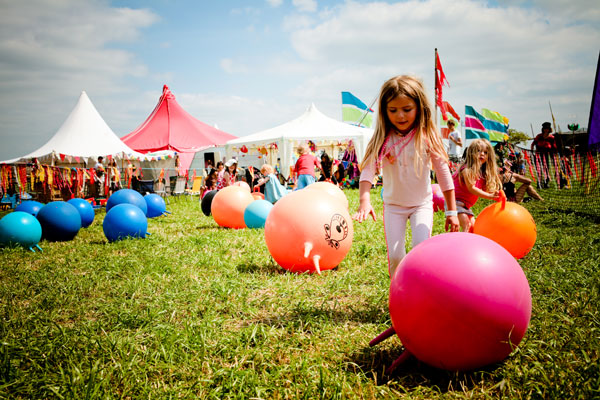 Debuting in 2006, Sunrise Festival is an ethical living, organic, arts and music festival. Its core ethos of sustainability runs strong throughout the festival. For Sunrise 2018, the organiser will once again be using 100 per cent renewable energy with sun, wind and peddle power (with bio-diesel generators as back up) running the whole festival, including stages. Vendors are encouraged to hand out resuseable crockery and utensils, and Sunrise hopes to recycle 95 per cent of the festival waste.

ent up to £225. Book ahead! (Credit/glastonburyfestival)[/caption] 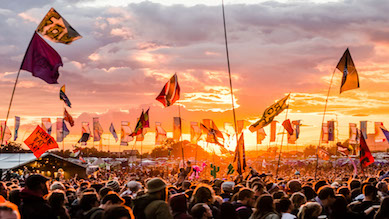 The first festival was held the day after Jimi Hendrix died, in 1970. Affectionately known as “Glasto” to the locals, this festival is as famous for it trend-setting glitterati crowd as it is for the more than occasional and complete muddy washouts. 2018 is the festival’s “fallow year”, which allows the fields to recover from the stomping, tents and rubbish of thousands of revellers. Sustainability initiatives include recycling up to 60 per cent of the waste; solar power and green technology, hybrid (non diesel) generators; composting washrooms; no single-use cutlery or plates; and locally sourced wood where possible.

The good news is that it’s already possible to register now for tickets to the 2019 festival. Registering doesn’t mean tickets are guaranteed, but you will need to register in order to access a unique code necessary for when tickets eventually go on sale.

Shambala was awarded the European Festival Awards’ ‘Green Operations’ award in 2016. In 2014, for the second year running, the festival was awarded the International ‘A Greener Festival Award’, and it is now 100 per cent powered by renewable energy sources. Shambala also went meat and fish free in 2016.

Shambala co-founded an unprecedented festival industry initiative, Energy Revolution, which aims to account for festival-goers’ travel. Energy Revolution is a not-for-profit movement that turns your festival travel miles into a direct investment in clean renewable energy, by crowd-sourcing donations at ticket point of sale. 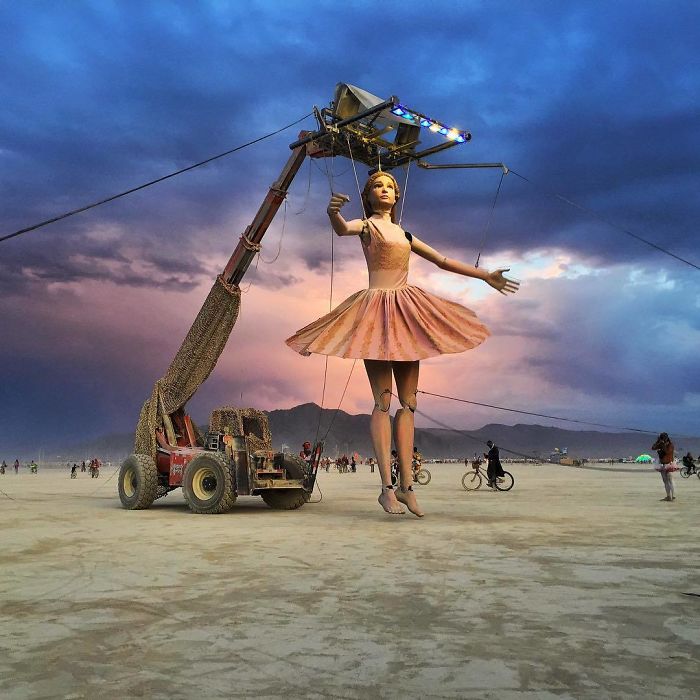 Burning Man is the festival of ALL festivals! The first “man” burned on a beach in San Fransisco in 1986 with a few curious onlookers. Now, once a year, tens of thousands of people gather in Nevada’s Black Rock Desert to create Black Rock City, a temporary community to celebrate art, self-expression and self-reliance. The 10 principles of the festival also include leaving no trace; civic responsibility; communal effort; and decommodification, to preserve the spirit of giving.

We want to see Burning Man flourish in the Black Rock Desert, and we want to continue to set the standard for Leave No Trace events worldwide.

You don’t “attend” Burning Man—you ARE Burning Man. Participants are encouraged to make something, create something, play something or modify something; camps should be visually stimulating, interactive and neighbourly. Mutant Vehicles are the transportation of choice in the desert.

Because of the sheer numbers now attending Burning Man (68,000 at last count), festival organisers are trying hard to minimise its impact on the environment. Critics say there’s no way to do this completely, but maybe the positive social impact and awareness the festival promotes will reach a greater audience.

Take a look at the Wonderfruit Thailand February 16, 2017 highlights to get excited for the upcoming December festival!