Home JOURNEYSFamily Where to Go for the Best Autumn Foliage

Flight Centre Travel Group is Australasia’s best-known travel agency group. The consultants have a genuine passion for travel and first-hand knowledge of destinations around the world. So it’s no surprise that they have come up with some amazing autumnal destinations to explore this fall.

It’s not just the weather that gets cooler in autumn—here are Flight Centre’s top picks of cities that become crazy with colour, culture and festivals during the fall. 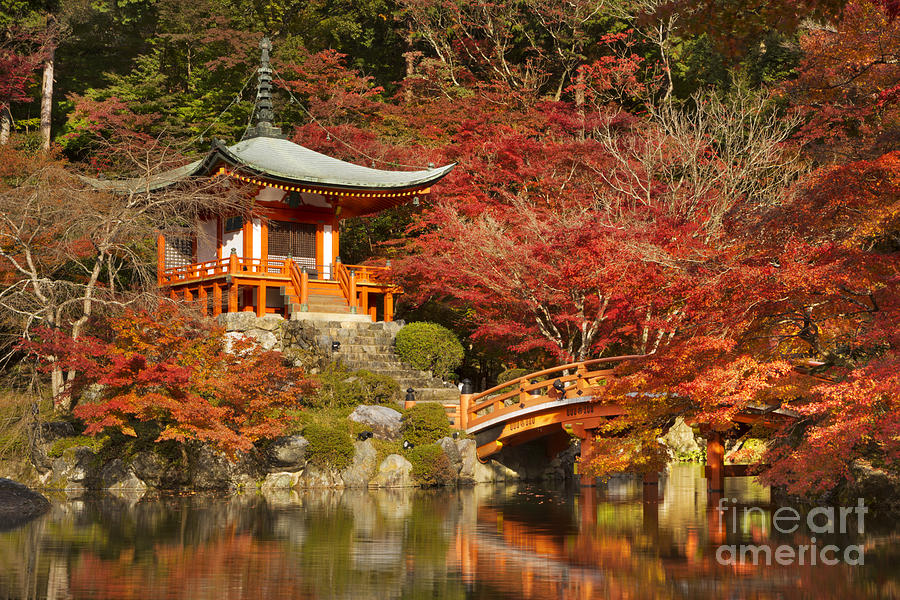 Kyoto evokes images of its world-famous cherry blossom trees in the spring, but its autumn foliage is even more spectacular. The Japanese maples turn brilliant shades of red, orange and yellow and the autumn weather is cool and dry.

While the peak of autumnal colours takes place in November, the annual Jidai Matsuri (Festival of the Ages) on October 22 is one of Kyoto’s largest and most famous Japanese festivals.

Locals dressed as samurai riding on horseback join the thousands of other revellers dressed in colourful costumes during a five-hour long procession. Come dusk, the “do not play with fire” rule is completely ignored and everyone celebrates the Kurama no Hi-Matsuri (Kuruma fire festival). Bonfires are lit and homemade torches are carried along the roads to ward away evil spirits.

Nishiki Market offers visitors five blocks of restaurants, food stalls and retail shops. If you are into hidden gems then Prinz is well worth the trip: It’s one of Kyoto’s hippest cafes and features an art gallery, bookshop, garden and library in one cool space. 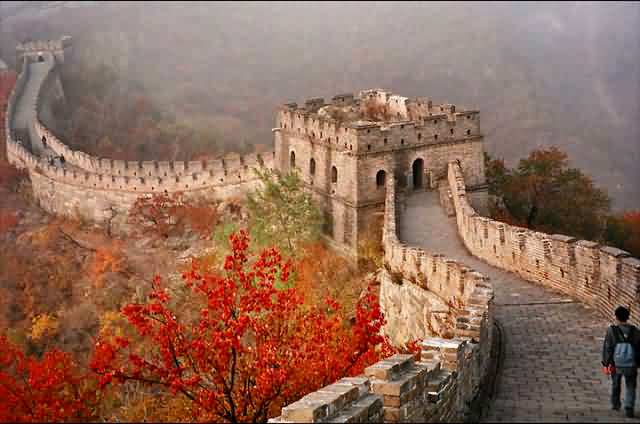 While hotter months can be difficult in this busy city, Beijing is simply beautiful in autumn, especially in October. As the trees begin to change colour, the views of the fall foliage surrounding the Great Wall are sublime. The sweltering heat and urban humidity begins to subside and the busy Golden Week crowds have yet to descend on the city. Golden Week takes place from October 1–7 and is China’s largest public holiday (Chinese National Day). It’s also when the Mid-Autumn Festival takes place and Beijing comes alive with people flocking to the capital for flag-raising ceremonies, dance and song shows, fireworks and, best of all, major shopping discounts!

If the budget allows, stay at the gorgeous and classy architect-designed Opposite House boutique hotel, which hosts some of Beijing’s best eateries.

Tip: Hire a driver and guide to take you to the best spots. 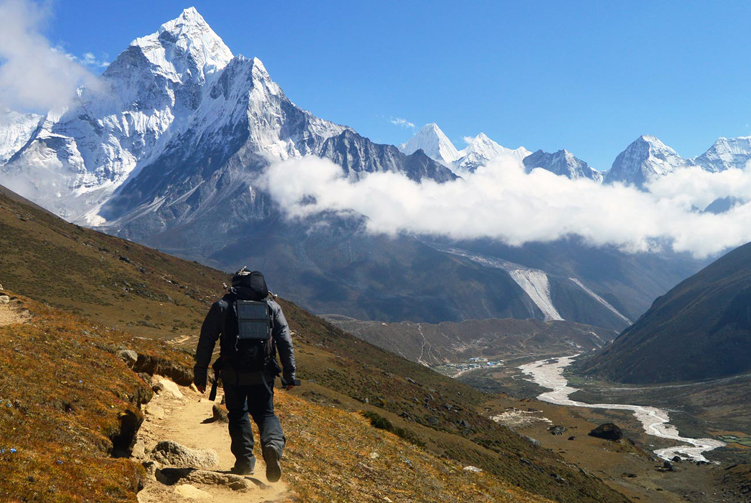 Religious or not, trekking to Mount Everest Base Camp is really special during October, Nepal’s religious month (Credit/everestfriendsadventure.com)

I bet when you think of autumn a trek to Everest Base Camp isn’t the first thing to spring straight to mind? September to November is the best season for trekking in and around Mount Everest and the Himalayas. Autumn comes after Nepal’s monsoon season, which means you’ll have lovely mild temperatures to enjoy stunning green mountains, blue skies and crystal-clear views of the surrounding Himalayas.

Dashain is the longest and most notable Nepalese festival on its calendar, and it falls in either late September or early October (depending on the moon). Kites are flown, homes are decorated, new clothes are purchased, and massive swings made of bamboo are constructed for children to play on. Tihar, or the Festival of Lights, is the other main festival in autumn. During this five-day celebration, it’s a tradition to light lanterns and worship animals.

Before you take the small plane to Lukla from Kathmandu to begin your trek, get the celebrity treatment with world-class service at The Dwarika’s Hotel.

Once you are close to reaching Mount Everest Base Camp be sure to climb to the top of Kala Patthar for Insta-bragging close up views of Mount Everest—it remains the top viewpoint of the mountain in Nepal.

Tip: It’s considered rude to touch someone’s head or sit showing the bottom of your feet towards them. 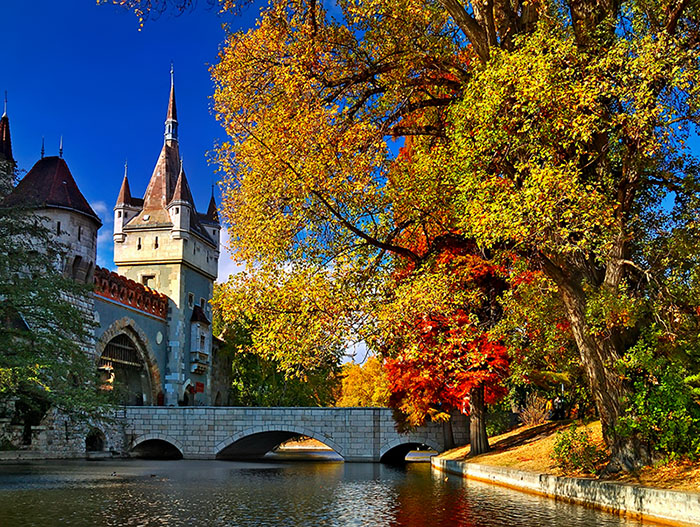 Autumn is harvest time in Hungary. The Budapest Wine Festival (in September) and the Chimney Cake Festival (in October) are two of the best ways to experience Budapest’s delicious local food and the best wines of Hungary. Have a glass of wine while enjoying breath-taking views from the most prestigious sight in Budapest—Buda Castle.

With the summer heat fading and temperatures hovering in the low 20s through to the end of October, autumn is a great time of year to immerse yourself in this trendy city. Wander through the winding streets and explore cool and cosy cafes and bars in the Jewish quarter. The famous Szimpla Kert (“ruin pub”) is a top sightseeing attraction, and the Israeli restaurant Mazel Tov comes highly recommended.

To fully enjoy the autumnal foliage, head to Margaret Island and the City Park. You’ll also get an Instagram-worthy view of the city from Gellert Hill.

Tip: It will be chilly this time of year so pack long sleeves and trousers. 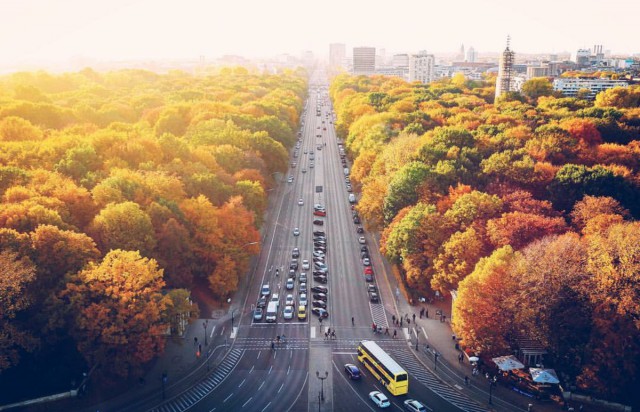 Year-round, Berlin is an amazing city. Autumn brings out the best of the city with its spectacular light festivals and the famous Oktoberfest beer festival, which should be on every traveller’s bucket list.

The two major light festivals are the Berlin Lichterfest (in September) and the Festival of Lights (in October). Various artists illuminate the city’s iconic historic buildings and set the city aglow. You don’t need to be deep underground inside Berlin’s famous nightclubs in the wee hours of the morning to experience incredible light shows! Oktoberfest in Berlin may not be as large as Munich’s, but it’s still great fun to attend if you’re there in early October or late September.

There are nearly half a million trees in Berlin. This means lots of colourful changes while strolling through the Grunewald, the Botanical Gardens, or other parks whilst visiting. You can walk along one of its two lakes or head into the forest and climb the Teufelsberg (“Devil’s Mountain) for amazing views. Berlin is very much a neighbourhood-oriented city. Kreuzberg (affectionately known to the locals as Xberg) is a centrally located Berlin neighbourhood full of hipsters, Berlin’s best bars and great restaurants.

Tip: Take the 5.7 kilometre bike tour along the Berlin wall for the best views. 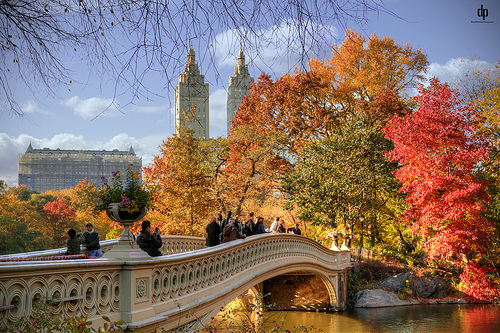 Leaf-peeping enthusiasts from around the world flock to New York’s Central Park every autumn to explore its vibrant-coloured trees. It’s simply stunning admired from either high atop the city’s many viewing platforms or while wandering through the verdant park. Nearby New England and the neighbouring states of Maine, Vermont, New Hampshire, Massachusetts and Rhode Island are equally beautiful this time of year.

If you’re looking to p-a-r-t-y, there are plenty of Halloween events and parties happening on and around October 31st! Pack your costume and prepare for some serious trick or treating.

New York’s Ace Hotel is home to The Breslin—a Michelin star West Village nose-to-tail gastropub. The vibe is cool, the music is great, the menu is fab and the lighting is complementary. What more do you want except a love one to share it with?

Tip: Autumn is the perfect time for boat cruising the waterways around Manhattan.

Flight Centre offers the widest range of airfares along with special Flight Centre-only fares that cannot be found online. Not only do we guarantee the lowest airfare on top name airlines, we function as a one-stop shop offering bespoke packages, from accommodation and activities to tours.

As Hong Kong’s leading expat travel agency, Flight Centre offers unbeatable service and the benefits that only personal experience can bring. Pop into the Wanchai store or call (+852) 2830 2899, 24/7. Alternatively, send an SMS/WhatsApp message to (+852) 9092 3775 during business hours.

Find your perfect route along the Berlin Wall from Warschauer Straße along East Side Gallery to Mauerpark:

8 Beautiful Places to Visit for Easter