Emirates celebrates the milestone delivery of its 100th Airbus A380 aircraft. The special ceremony unveiled a bespoke livery honouring the centennial of the birth of the late HH Sheikh Zayed bin Sultan Al Nahyan. The livery carries one of the most memorable images of the UAE founding father and marks the airline’s first initiative for the 2018 ‘Year of Zayed’.

Powered by Rolls-Royce engines, Emirates’ 100th A380 is configured in three cabin classes. Passengers can enjoy 14 private suites in First class, 76 seats in Business and 426 seats in Economy. It also features the airline’s newly revamped and hugely popular Onboard Lounge.

… at Emirates we’ve utilised the onboard real estate to redefine the thinking around inflight products and experience. Our flight crew love to fly it and our customers love to fly in it.

Winner of the “Best Airline in the World” by 2017 TripAdvisor Travelers’ Choice®, Emirates is also the world’s largest operator of the A380 aircraft. 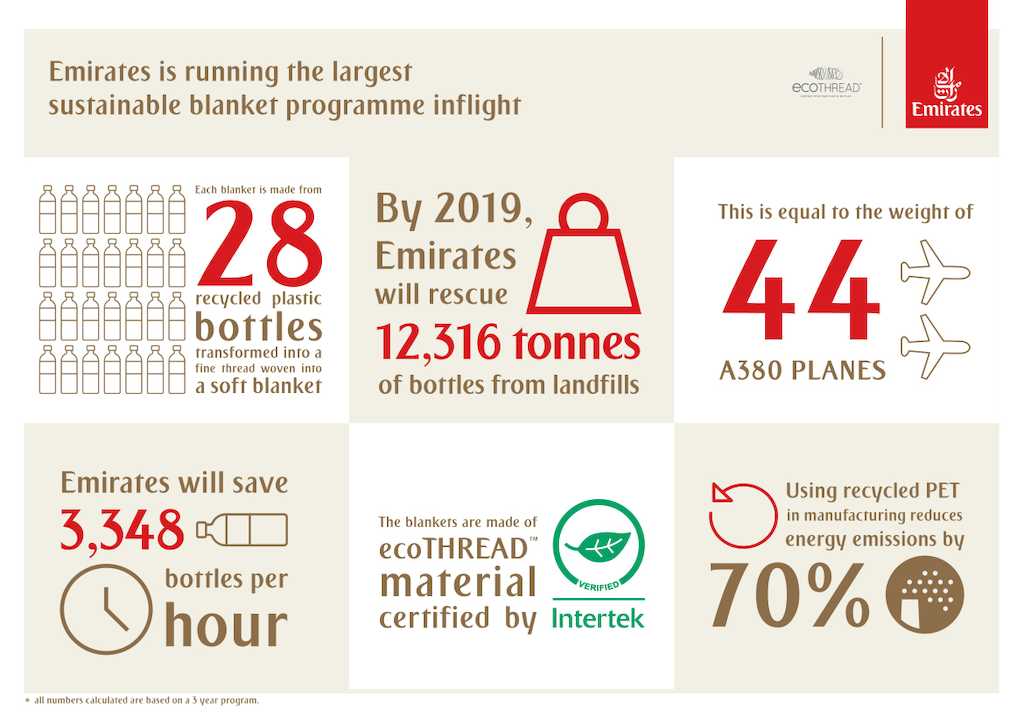 The Emirates Group recycling programmes began in 2009 and have been a huge success in diverting a wide range of materials from landfill. In 2010, the company initiated a programme to recover and recycle materials related to new interiors.

Along with the Dubai Government, Emirates established the Dubai Desert Conservation Reserve (DDCR) to protect critical desert habitat and a variety of endangered species. And in 2009, the airline company opened one of Australia’s first luxury conservation resorts—the 1,600-hectare One&Only Wolgan Valley.

In 2016, Emirates re-launched the ‘A Greener Tomorrow’ campaign. Three not-for-profit organisations working in wildlife protection and environmental conservation in Africa were selected as recipients of a funding award.

Congratulations Emirates, on your 100th Airbus A380 aircraft and efforts to make luxury travel sustainable!