How far can an electric vehicle (EV) go without recharging, and how much would such a car cost to build? More than 1,600 kilometres and less than US $14,000, according to IT Asset Partners (ITAP). The Los Angeles-based company beat the previous 2013 record of 1,298 km made in Japan to crack the official Guinness Book of World Records for the “Longest Range of an Electric Vehicle”. The record was set at the Auto Club Speedway of California in Fontana over a two-day consecutive run.

Hybrid Recycling: re-use is the purest form of recycling 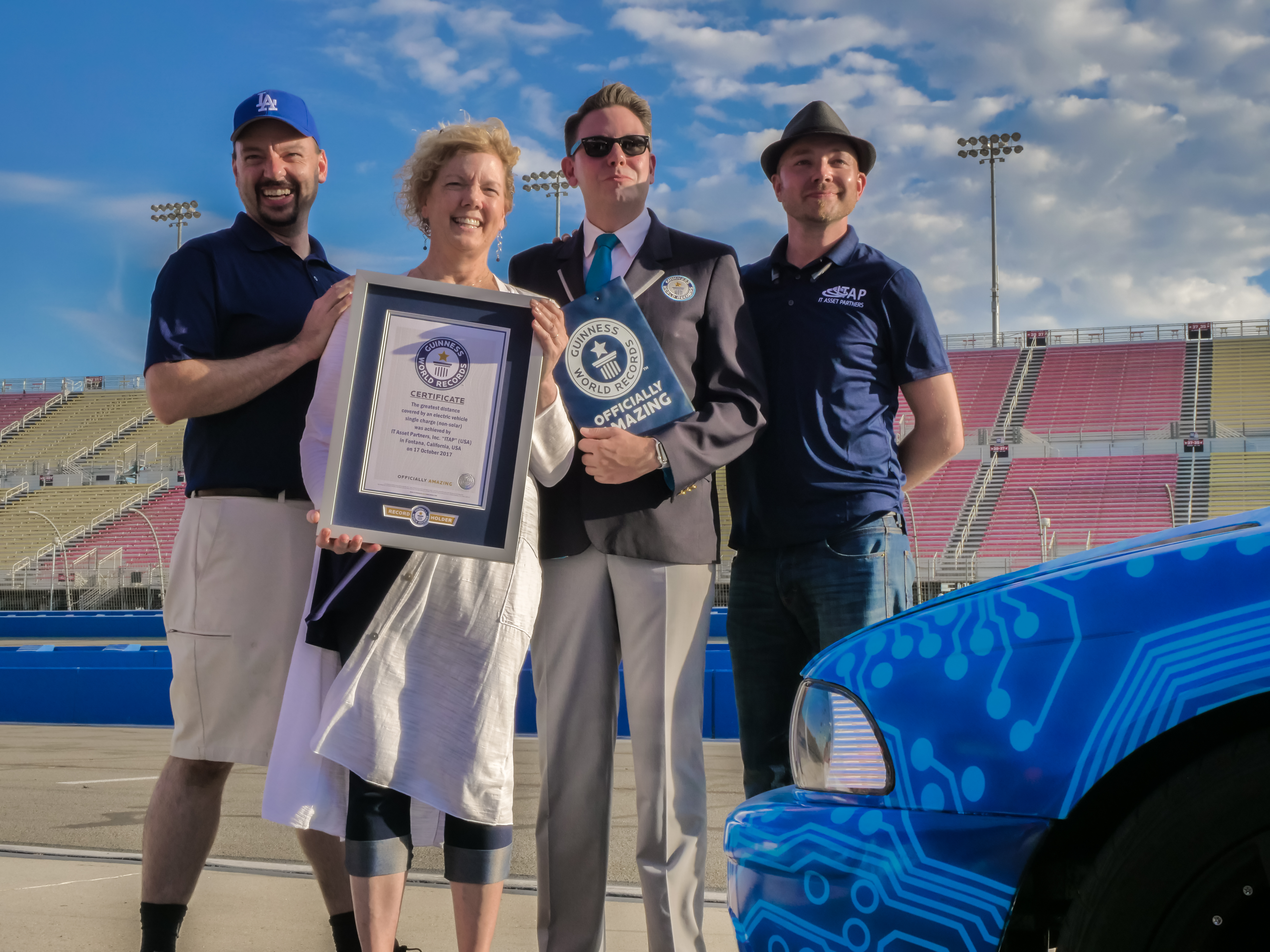 The record-breaking EV called The Phoenix was created by ITAP leader and e-waste recycling pioneer Eric Lundgren. The Phoenix is made from 90 per cent recycled parts to promote electronic waste recycling. In Greek mythology, the Phoenix is the bird that arose from the ashes from its predecessor. Legend has it that the Phoenix represents the sun setting and rising every day. There’s no question that Lundgren sees the same resurrection possibilities with recycled e-waste.

... We built something that is the most valuable because it just beat a world record. So we’re demonstrating the value in garbage and trying to educate the public and corporations to start practicing hybrid recycling, which is a way of saving that value rather than destroying it.

ITAP uses The Phoenix to demonstrate the far-reaching possibilities that electronic waste recycling can offer the world. Lundgren is known for innovating a national movement for individuals and businesses to utilise the process he developed called Hybrid Recycling. Lundgren promotes re-use as the purest form of recycling, and to put this into action he created America’s leading hybrid recycling plant called ITAP. Clients include Fortune 500 companies such as Nintendo, Motorola, Panasonic, Dell and Best Buy.

Why is e-waste such a problem?

Electronic waste is the fastest growing waste stream in the United States, yet the country lacks a real solution to efficiently process it. After being witness to this type of waste is polluting the earth in his global travels, Lundgren created a real solution for the e-waste epidemic.

Through efficiency and innovation, ITAP identifies and preserves all generic parts and components of value of discarded e-waste, rather than just destroy them. The company then extracts and re-integrates the materials into new applications. This Hybrid Recycling process conserves natural resources and reduces the carbon footprint because it decreases the demand for raw material production. 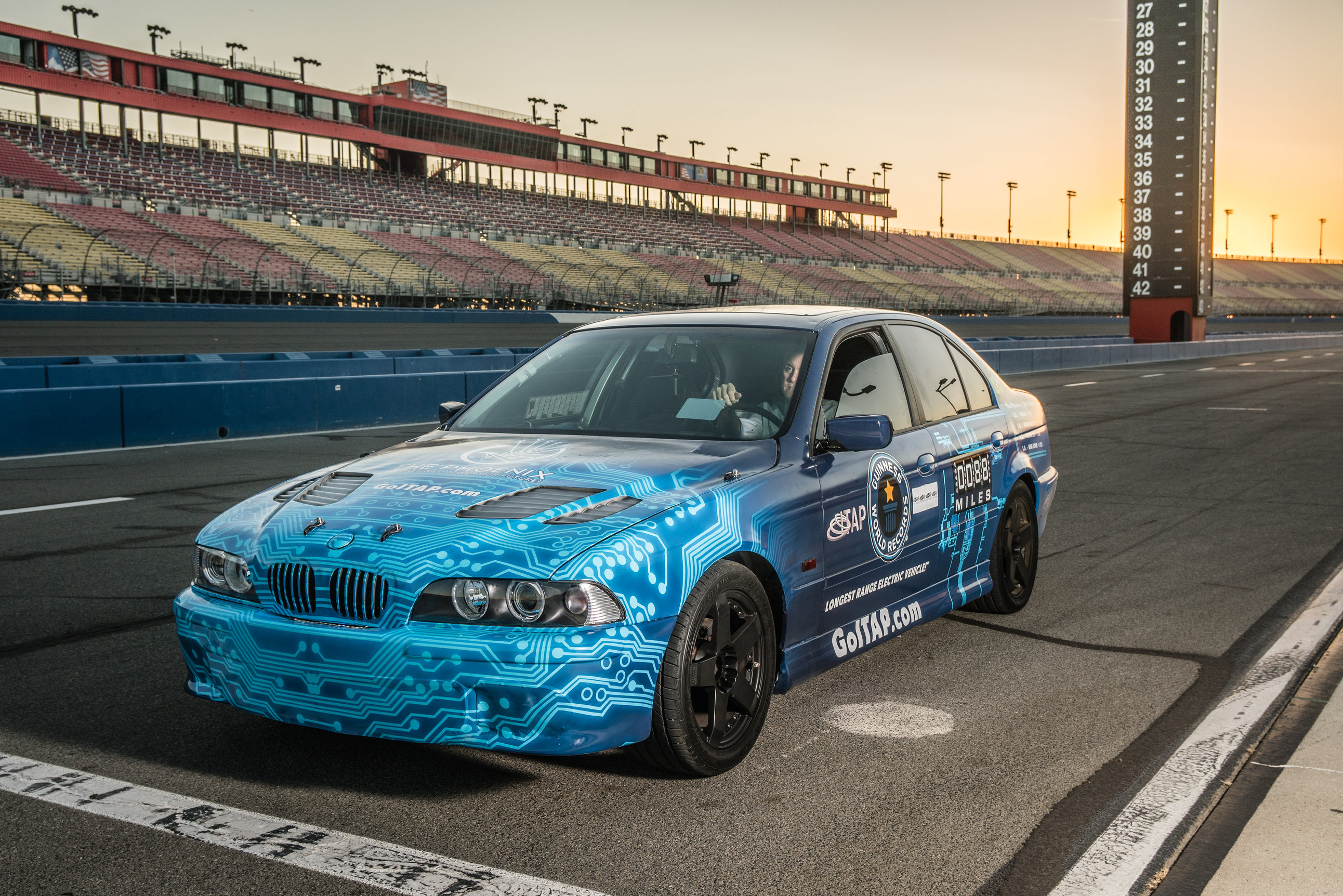 How the Phoenix was made

In early 2017, Lundgren found a 20-year-old BMW 528i in a junkyard, and proceeded to strip the vehicle of its interior and internal combustion engine parts, to minimise weight. Using “dead” batteries bought from companies, ITAP’s team brought them to life again, and 35 days later the Phoenix arose from the trash–88 per cent trash, to be exact. The Phoenix actually broke the world record in April 2017, but the car blew a fuse at around 547 km and had to stop with 32 per cent charge still left in the battery. Lundgren proved himself the second time around with an amazing 1,600 km.

Corporates want you to buy new, not recycle

In February 2017, Eric Lundgren was sentence to 15 months in a federal prison for attempting to import, copy and sell counterfeit Microsoft products. Lundgren says he is “… the first person in the history of the United States to be sentenced to prison over the distribution of freely available recovery software”. The ITAP founder provided recovery CDs for Dell refurbishers to fix computers instead of sending them to landfills. This software is free online for any owners of a Dell products. Lundgren made no money from this business, and believes that corporates would rather make money than reuse perfectly good computers.

The e-waste problem appears to be bigger than the trash we see piling up, if innovators like Lundgren are being sent to prison for empowering consumers.

Apply Now to “Just Challenge” the Himalayas in 2018

Lecture Series #2: How to Strive for a More Sustainable World