In an effort to improve sustainability practices and support local farming communities, Singapore Airlines has announced its new “Farm-to-Plane” initiative. The company will work with partners overseas to use local produce, such as cherry tomatoes, pumpkins and green beans, in areas where it operates. Singapore Airlines will also incorporate meatless options and provide seafood certified by the Marine Stewardship Council. Initially offered to Suite flyers, this new initiative will extend to other travelling classes throughout the year in an effort to reduce carbon footprint.

In 1971, Chef Alice Waters opened one of the first farm-to-table restaurants, Chez Panisse, in Berkeley, California. Waters wanted to use local organic produce because it had more flavour and was fresher than what was being served in other restaurants. In the 2000s, the farm-to table movement exploded; suddenly these restaurants could be found in almost every city around the world.

What makes farm-to-table—or “farm-to-plane”—more sustainable? Buying locally means a boost for the local economy and farmers, and often cuts out the middle man by dealing straight with the farmers. Organic produce is available more often as it doesn’t have to travel long distances to reach the dinner table, and it can be picked at peak freshness. Better food hopefully means less waste for the airlines by introducing this practice.

Food and beverage waste on airlines 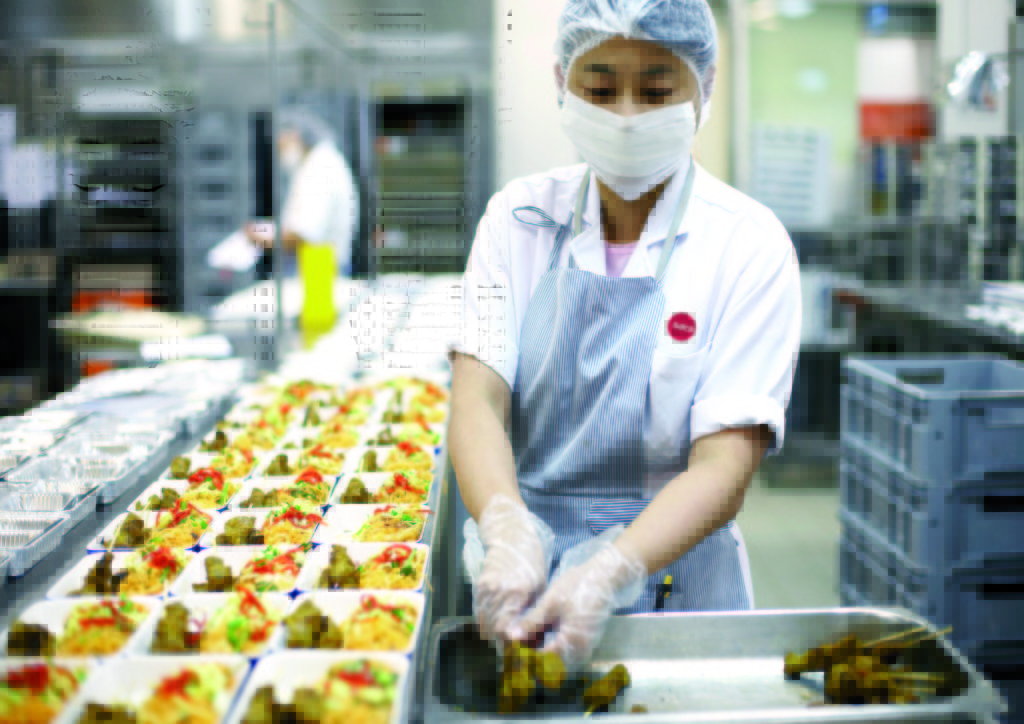 Our food and beverage sustainability efforts will further demonstrate and reinforce Singapore Airlines’ ongoing efforts to help reduce our carbon footprint and ensure a greener environment.

Packaging needs to comply with health and safety regulations on airplanes, and meals are individually wrapped for freshness. While some airlines are introducing pre-ordered meals and using lightweight reusable silverware, inflight catering accounts for a vast amount of waste. Think of all the half-eaten meals, single-use cutlery and discarded napkins and bottles, and then multiply that by every airline and every flight around the world.

Singapore Airlines’ farm-to-plane initiative is a great start to supporting the local communities where the airline operates. It also means fresher and more sustainable food options for travellers, and hopefully less waste.

What does it mean for locals farmers when companies like Singapore Airlines support the farm-to-plane initiative?