These 10 Green Buildings are a Breath of Fresh Air

Green brightens up most spaces—whether it’s a rooftop garden or wall of moss, there’s no denying that verdant surrounds make us feel good. From Brazil and France to Lebanon, Vietnam and China, architects are designing green buildings and houses to combat air pollution and put the country back into the city.

Italian architect firm Stefano Boeri Architetti has unveiled plans for a “smog-eating city” near China’s Liuzhou, along the Liujiang river, in the mountainous Guangxi region. The series of skyscrapers will house 30,000 in towers covered in nearly 40,000 trees and almost one million plants.

“For the first time in China and in the world, an innovative urban settlement will combine the challenge for energy self-sufficiency and for the use of renewable energy with the challenge to increase biodiversity and to effectively reduce air pollution in urban areas—which is really critical for present-day China—thanks to the multiplication of vegetable and biological urban surfaces.”

The greenery of Liuzhou Forest City is designed to combat air pollution by filtering dust and absorbing carbon dioxide. Other benefits include thermal regulation and protection against noise pollution. 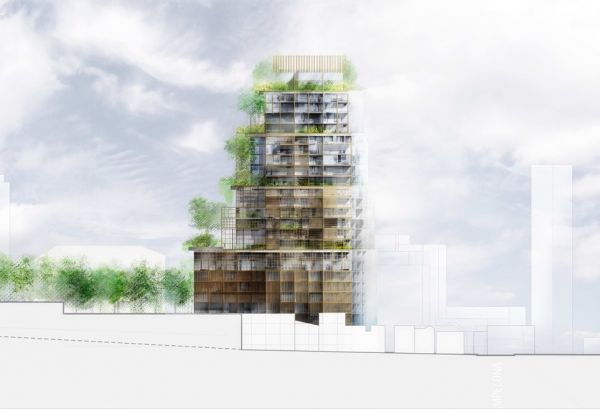 Rosewood Tower, bordering on Matarazzo Park, will be a series of leafy green planes. (Credit/Jean Nouvel)

A former maternity hospital built in 1943, Rosewood Tower hotel is scheduled to open in 2019 using locally sourced materials and featuring interiors designed by Philippe Starck. Plants and trees will be planted across the staggered terraces around the building and along the path that connects the building to the tower. 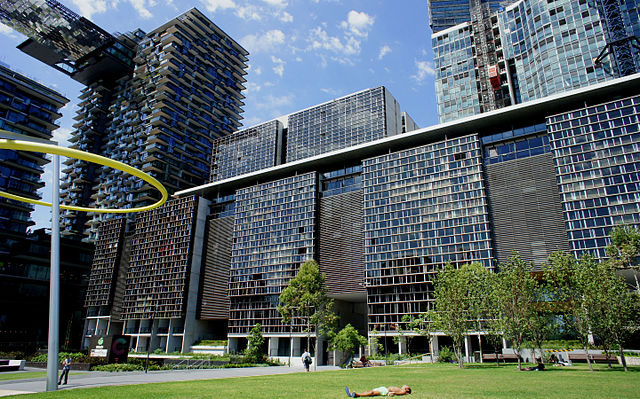 Creating his first Australian architectural masterpiece, One Central Park, Jean Nouvel’s Sydney towers boast vertical gardens and a cantilevering structure that acts like a huge sunlight reflector for the lower tower. At night, this heliostat turns into hanging art, as the embedded LED artwork called Sea Mirror, by French artist Yann Kersale, comes to life. More than 250 species of Australian plants and flowers are used in this architectural beauty. The Green Building Council Australia has awarded One Central Park five green stars for its sustainable design, which includes water recycling and a tri-generation plant.

Kengo Kuma + Associates—one of Japan’s leading contemporary architect firms—have designed the Eco-Luxury Hotel, dubbed the 1Hotel, in the Paris Rive Gauche (Left Bank) neighbourhood in France. Kuma has also been awarded the project to design the new National Stadium in Tokyo for the 2020 Olympics. The hotel and adjoining youth hostel will feature lush greenery, public gardens and large terraces, making use of natural wood and cool metal panel reflectors. 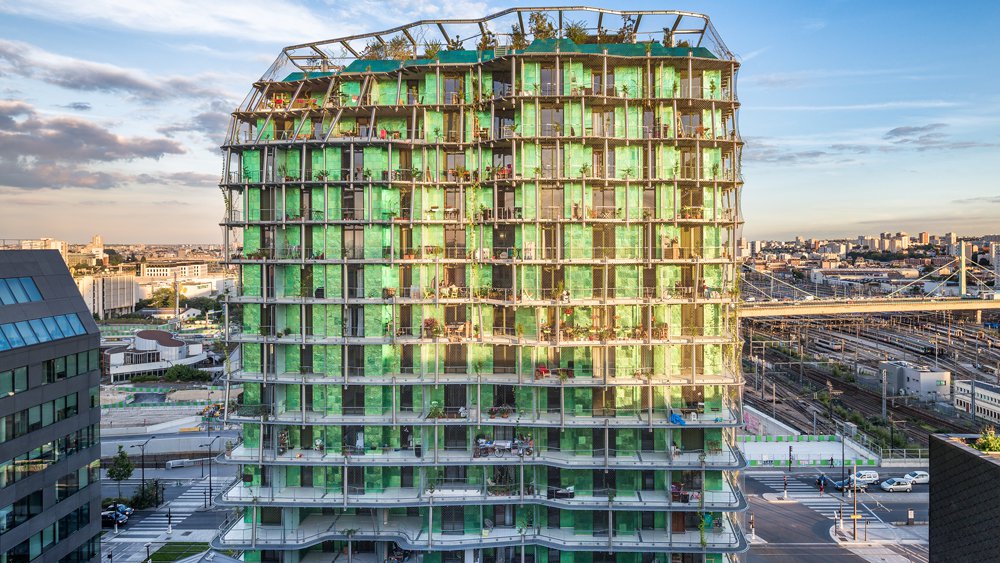 This 50-story eco-friendly apartment block is covered in stainless steel netting that acts like a frame for growing plants.

Architect Maison Edouard François designed the M6B2 Tower of Biodiversity to prove that high-rises can be used to create environmentally friendly cities.

Covered with plants from wild natural areas, our tower is a tool for seeding: it allows the wind to spread class-one purebred seeds into the urban environment.

6. The Oasis of Aboukir—Paris, France 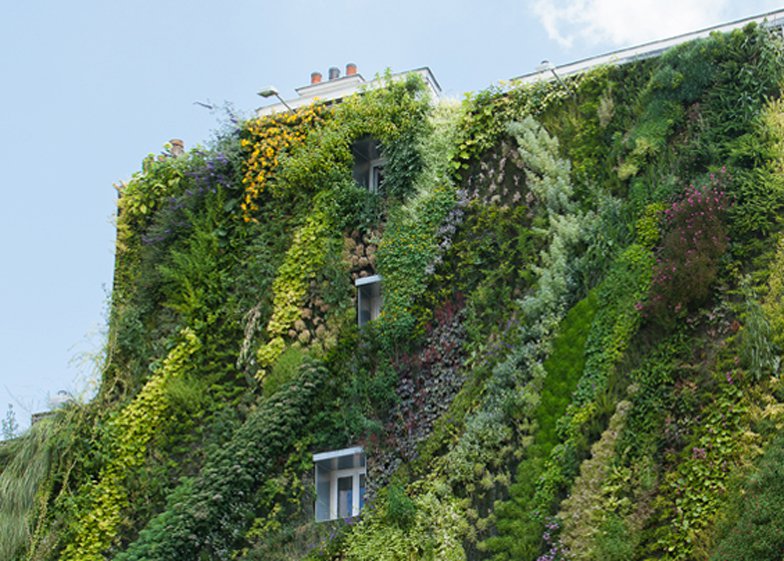 L’Oasis D’Aboukir (the Oasis of Aboukir) is a 25-metre-high vertical garden by botanist and researcher Patrick Blanc. More than 7,500 plants “grow” up the facade of this five-story building, which was completed in 2013—just in time for Paris Design Week. This living piece of art covers raw concrete, and is a neighbourhood project amidst the textile and fashion stores. Having created hundreds of wall gardens around the world, Blanc is known as the “Father of Vertical Gardens”. 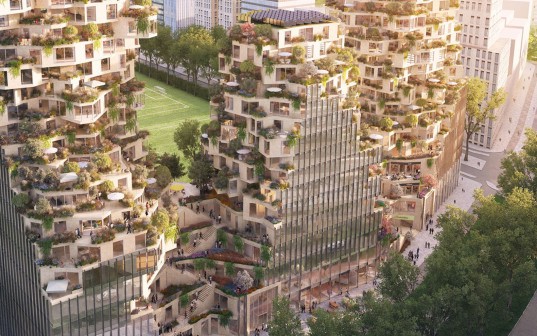 Ravel Plaza, designed by Dutch firm MVRDV in conjunction with OVG real estate developers, incorporates plants and trees in its design for a sprawling complex in Amsterdam’s financial district. The houses have bay windows that afford beautiful views and balconies with lots of foliage—the effect of which is like a village green.

“We combined the quality of living in a green environment with the central location and the excitement of an urban environment in this unique location.” 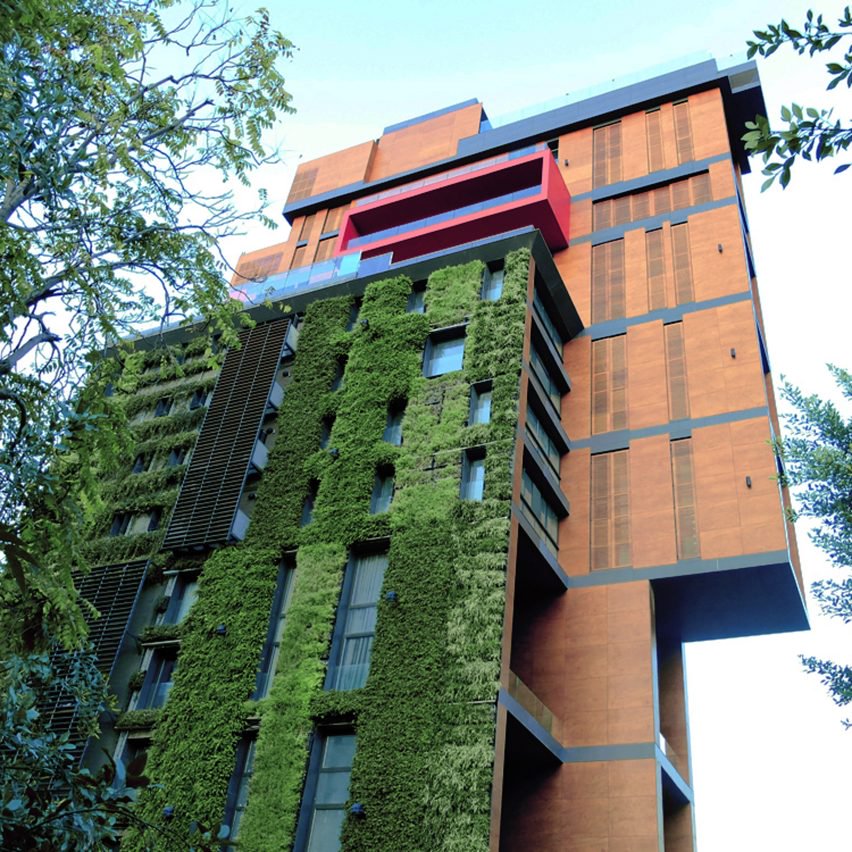 Jean-Marc Bonfils—local architect and Asia Architecture Residential First Prize winner 2015—designed the East Village apartment complex with traditional Lebanese timber and stone cladding on the facades and a gallery on the ground floor. A vertical garden contrasts with the materials and was inspired by an adjacent garden (no longer accessible to the public) located in the 1960s Electricite du Liban headquarters. The inaccessibility encouraged Bonfils to reintroduce a vertical green space that the community could once again enjoy. 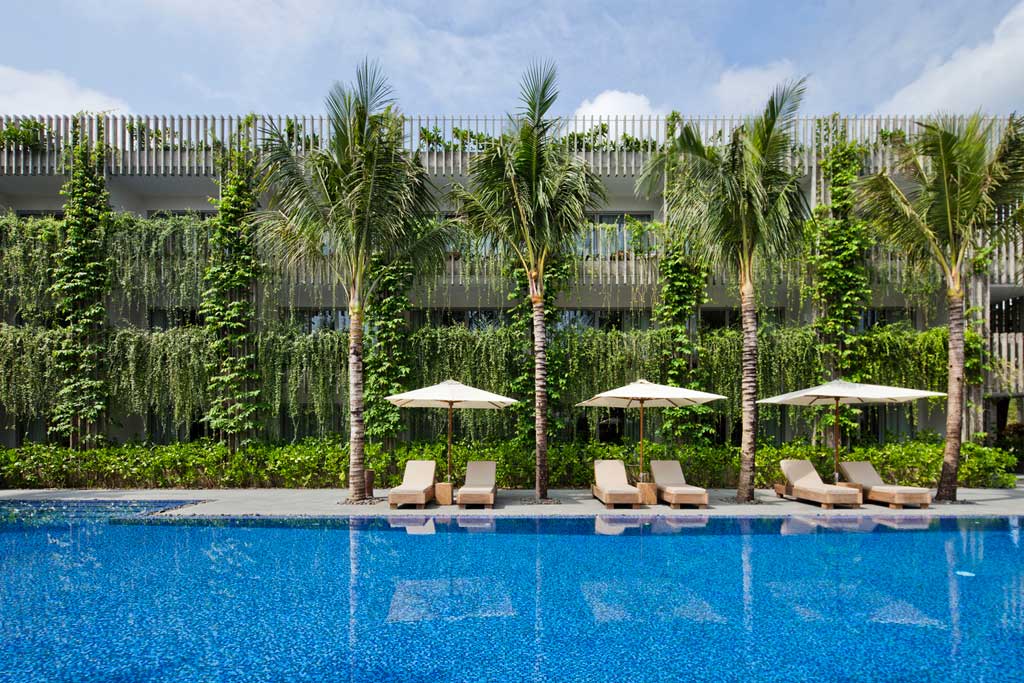 Award-winning architects Vo Trong Nghia (VTN), with offices in Ho Chi Minh City and Hanoi, are known for their “living walls” designs, and this holiday resort is no exception. Plants ascent the vertical concrete louvres surrounding the facades, which support various trees and vines, and shelter the internal spaces from the sun. This design provides privacy while allowing for a breeze to come through. 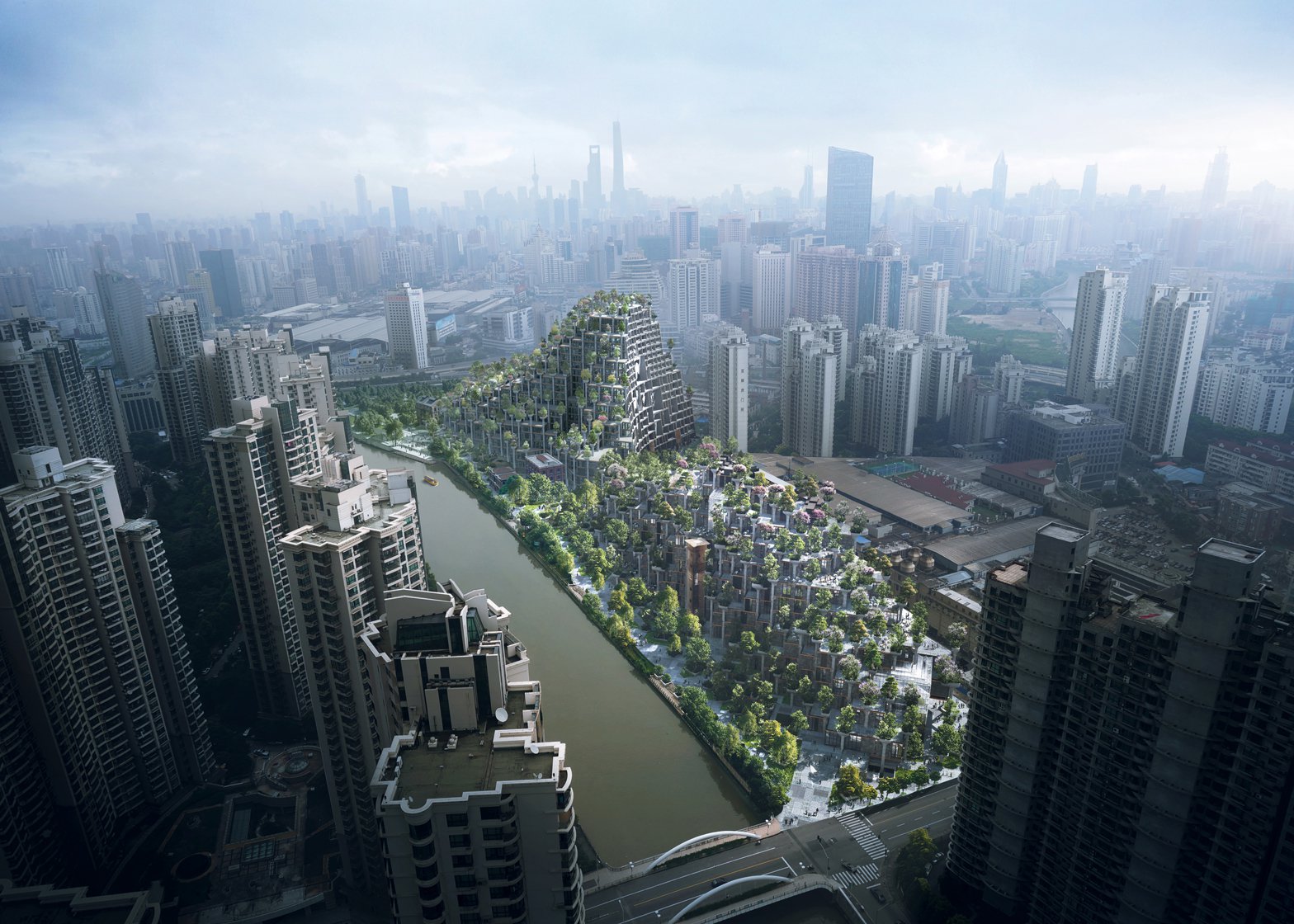 “1,000 Trees” is designed to look like tree-covered mountains (Credit/Dezeen)

Foster + Partners and Heatherwick Studio—the British firm led by designer Thomas Heatherwick—has unveiled plans for a vast tree-covered development beside Shanghai’s art district. The project will feature a wedge-like block, reminiscent of a tree-covered mountain, with a staggered roofline. It comprises 400 terraces and 1,000 plant-topped columns and is meant to be part of the topography, rather than a building.

Sleep In An Art Gallery At H12