Telling the Silversea story through photography

McCurry is one of the foremost photographers of his generation. He is best known for his haunting portrait of a green-eyed Afghan refugee girl in National Geographic. A master of visual storytelling, McCurry has travelled the world for 40 years capturing vibrant cultures and the human experience. His colour-saturated images have appeared on international magazine and book covers, in major gallery and museum exhibitions, and in permanent and private collections worldwide.

Silversea’s luxury and expedition itineraries offer guests more than 850 destinations in more than 130 countries on all seven continents, more than any other cruise line. The company’s purpose-built fleet features sleek, smaller vessels that can navigate narrow waterways to reach the most secluded ports and destinations. Its newest vessel, Silver Muse, is redefining ocean travel by enhancing the small-ship intimacy with spacious suites that are the hallmark of the Silversea experience. The addition of Silver Muse expands the line’s fleet to nine ships, creating a new standard of elegance in the ultra-luxury cruise market.

Silversea has launched the most ambitious fleet and product expansion in its history, with the goal of unlocking new territories for guests and going deeper. 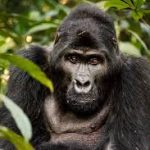 “Steve McCurry’s artistry and storytelling align perfectly with Silversea’s immersive experiences, intimate vessels and unforgettable destinations. He has the ability to capture the authentic beauty in the world, and express it with passion and clarity. We look forward to capturing the emotion and inspiration of global travel through Steve’s lens.”

A road well travelled and photographed

McCurry’s art has taken him from war-torn Afghanistan to rural villages in India to the collapse of New York’s twin towers on 9/11. Since his iconic Afghan Girl portrait in 1984, McCurry has published more than a dozen books; won scores of professional awards including the Robert Capa Gold Medal for his coverage of the war in Afghanistan; shot the last remaining rolls of Kodak’s Kodachrome film in a portrait project; and collaborated with timeless global brands including Valentino, Vacheron Constantin and the Pirelli calendar.

You’re present, in focus; that’s traveling, to me. It’s an urgent need to go and observe this world that we all share.

Even after decades of exploration, McCurry believes he has many more stories to tell. “There’s always room for discovery,” he says.

Silversea Cruises is recognised as an innovator in the ultra-luxury cruise line industry, offering guests large-ship amenities aboard its intimate, all-suite vessels designed to offer an atmosphere of conviviality and casual elegance. With the inclusion of the expedition ships Silver Explorer, Silver Galapagos, Silver Discoverer, and with Silver Cloud joining the Expedition fleet in 2018, Silversea’s itineraries encompass all seven continents and feature worldwide luxury cruises to the Mediterranean, Caribbean, both polar regions, and hundreds of fascinating destinations in between.

In Asia Pacific, Silversea has been voted “Best Luxury Small Ship Cruise Line” by Australia’s Luxury Travel & Style Magazine every consecutive year from 2006 to 2012 and Silver Whisper or Silver Shadow have also won the Gold Award as Best Small Cruise Ship in each of those years.