On September 9 in Toronto, a third Tribute Mural was unveiled to honour the memory of the late conservationist, Rob Stewart. Canadian-born Stewart was a biologist, photographer and filmmaker who produced the 2007 award-winning film Sharkwater and the documentary Revolution.

He died in January 2017 in a scuba diving accident while shooting footage for Sharkwater Extinction, the sequel to Sharkwater. Earlier in March this year, tribute murals were unveiled in Miami, Florida and Napier (New Zealand) by PangeaSeed Foundation, whose mission it is to create meaningful environmental change for oceans.

Free screenings of Stewart’s award-winning documentaries followed the presentation of the mural.

He always thought “the truth will surface”

Rob began underwater photography at the age of 13, and he became a scuba instructor at 18. He then earned a Bachelor of Science degree in Biology, studying in Ontario, Jamaica and Kenya.

While on assignment to photograph sharks in the Galápagos Islands, Stewart discovered illegal longlining, indiscriminately killing sharks within the marine reserve. The media and public didn’t respond to this news, so Stewart decided to make a film to bring people closer to sharks, to debunk the myth that these creatures—which have been around since before dinosaurs roamed the earth—are not blood-thirsty killers. At 22, he left his career and began on a remarkable journey over four years and 12 countries, resulting in the epic documentary Sharkwater. 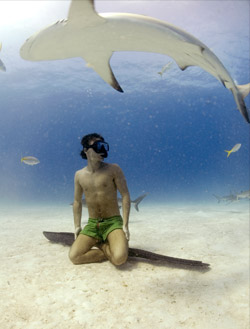 Conservation is the preservation of human life on planet earth, and that above all, is worth fighting for.

Stewart wasn’t just seeing the demise of sharks—this business was so much bigger than that. He encountered crime organisations, poachers, pirates and mafia cartels. He saw how our oceans’ ecosystem could fall out of balance, with sharks at the top of the food chain having a ripple down effect on all other marine life.

Due in part to the film’s release, global trade in shark finning in the past decade has been reduced by a third, said David McGuire, founder of the San Francisco NGO Shark Stewards. In Hong Kong, McGuire estimates the shark fin trade has been cut in half.

First Sharkwater, then a Revolution 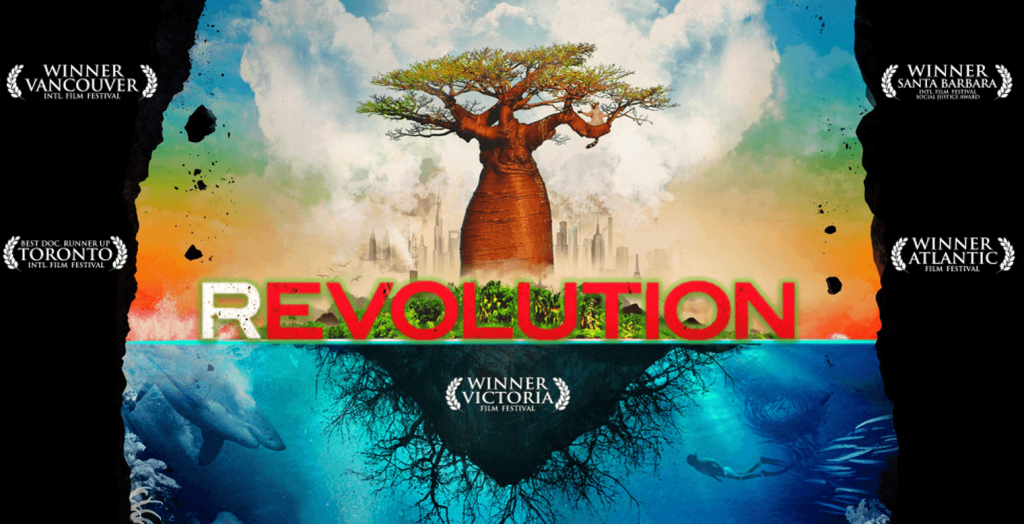 In this highly anticipated follow-up to the hit Sharkwater, Stewart brings us on an adventure 3.5 billion years in the making, from the evolution of life to the revolution underway to save us. Filmed over four years in 15 countries, Revolution captures some of the most remarkable wildlife spectacles ever recorded, and gives audiences a first-hand look into the biggest battle ever fought.

Sharks aren’t the only ones in jeopardy, the biologist discovered. Stewart looks to the evolution of life and past revolutions in order to uncover the secrets necessary to save our world. Joining the activists and youth fighting to save their future, Stewart’s journey of hope is startling, beautiful and provocative, revealing this crisis as an opportunity for everyone to become a hero. 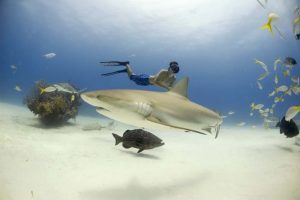 Free diving with reef sharks in the Bahamas (Credit/Veruschka Matchett)

Stewart has also written two award-winning books—Sharkwater: An Odyssey to Save the Planet (Key Porter Books), and Save the Humans.

Rob Stewart had logged thousands of dives by the time he set out on January 31, 2017 to the wreck of the Queen of Nassau, in about 230 feet of water and six miles off the Florida Keys. After a few dives, he appeared shaky and blacked out. When the crew’s back were turned to administer oxygen, Stewart slipped back into the dark waters and his body was recovered a few days later.

Continuing Stewart’s life’s mission to show the human race that our existence on Earth relies on the health of the ocean, his third movie, Sharkwater: Extinction, is set for completion in 2018. It will further expose the multi-billion dollar shark industry that is secretly driving shark products into our everyday lives while simultaneously causing the mass extinction of one of Earth’s most important animals.

Support Rob’s life-long work by donating to the Rob Stewart fund set up by WWF-Canada to continue his conservation work. Volunteer and spread the word: If you open your eyes you can change the world.

Watch Sharkwater and help save sharks, and the oceans we depend on. You can make a difference.