Home FEATURED Nihi Sumba: In a League of its Own
FEATUREDAsiaResorts

Nihi Sumba: In a League of its Own

“Unregulated Freedom”, “Adventure Incarnate”, “Luxury Redefined” – these are just some of the words to describe Nihi Sumba. Words alone cannot do it justice.

Having lived in Hong Kong for many years, Bali has always been an easy escape. It just works. Flights, villas, lots of activities, great for the kids. We often thought about what it might be like to venture further afield like the Gili Islands, Komodo, or Flores. Each time we decided to stick to the plan of Bali.

Going to Sumba has changed all that and Refined Travellers was lucky to be invited. 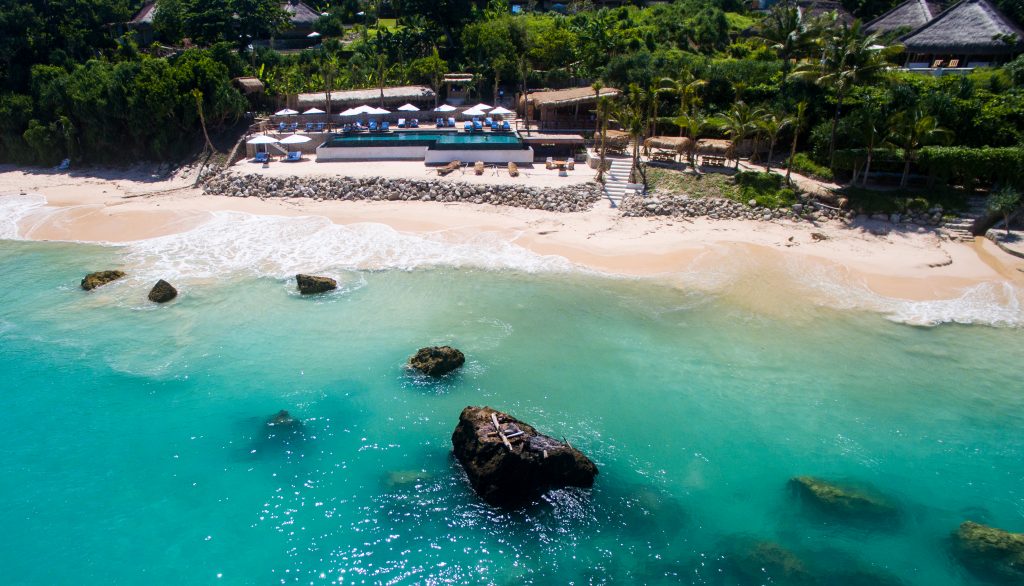 The newest addition is a state-of-the-art resort lap pool, perched on the Edge of Wildness with soothing, cooling, and epic views of the ocean, sunsets, Occy’s Left and local village life during low tides. Lunch or snacks are served by the pool, and for special occasions, we create magical settings for romantic dinners.

Sumba has been colloquially known as the ‘forgotten island’. But for some Sumba has always been a place
of mesmerizing beauty steeped in the kind, proud, culture of the local Sumbanese. It’s ironic because Sumba could not be more ‘unforgettable’ as as a matter of fact.

As we sat in the beach side bar, watching the sun go down, with a staff/guests game of beach cricket going on, we shared a drink with a man called Claude. He told us a story about how a free-spirited, surf-loving couple found a secluded beach in 1988 and a surfer’s paradise. Over many months and years, stone by stone, with no electricity,
fishing for food, and getting malaria more times than they could remember,
Claude and Petra built Nihiwatu (as it was first known). 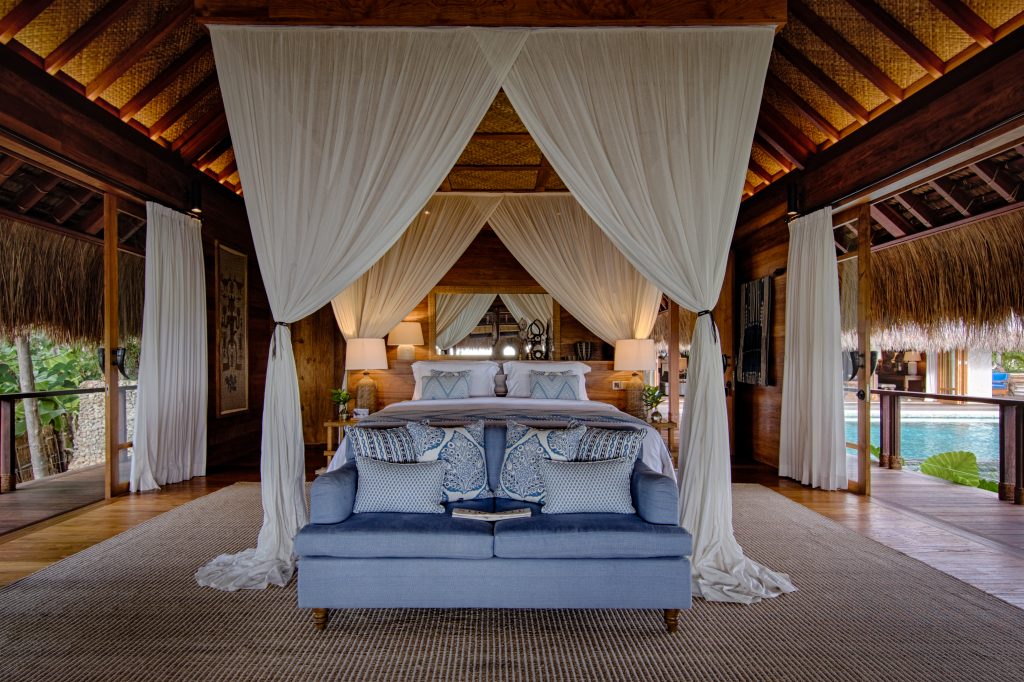 Things have changed a bit since then. American businessman Chris Burch has
teamed up with super hotel entrepreneur James McBride, taking over the hotel in 2012, and rebranding it
Nihi Sumba. Since then it has won countless awards: 2017: Travel+Leisure’s #1 Hotel in the World, 2016 & 2017 Conde Nast Traveller Reader’s Award 2017 among the many and counting.

Claude realized early on that there was a deep and fundamental responsibility to
the people of Sumba. Malaria, malnutrition, water scarcity are just some of the
harsh realities facing the villages every day. The Sumba Foundation is partly
funded by the resort and the rest by generous donations from around the world.
Its water, health and economic projects cover a 164 sq km area in West Sumba,
building 4 health clinics, reducing malaria infection rates by 85% and counting,
developing more than 60 water wells and 240 water stations, and feeding 1,300
school children across 16 primary schools every day. The Foundation is making a
huge difference to the quality of life for people and the hotel as a business is the
number 1 employer on the island. It’s positive change. 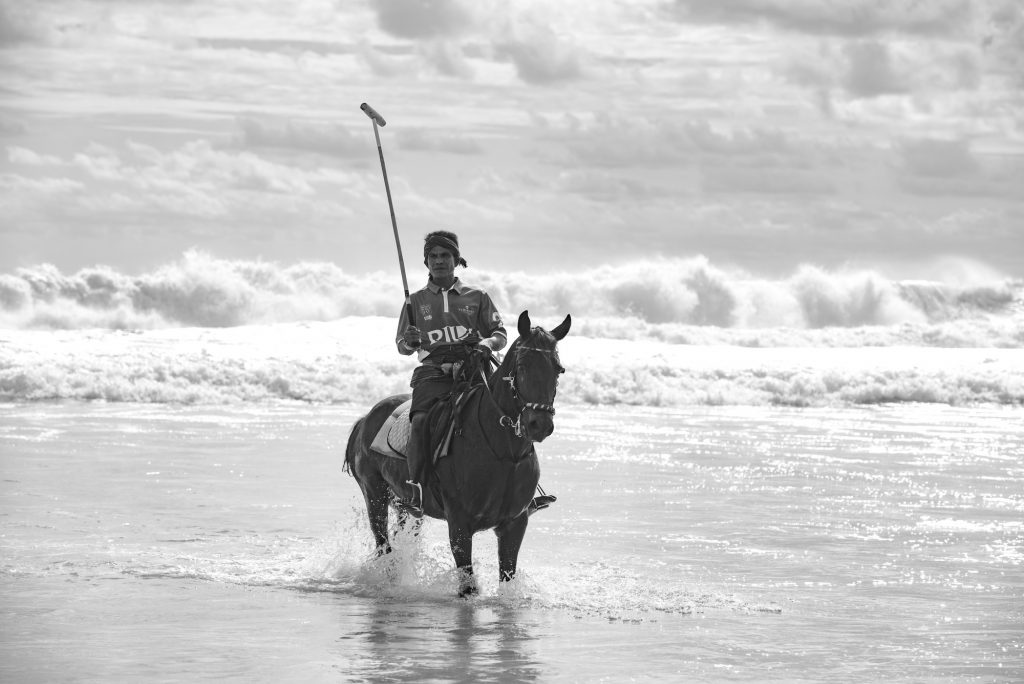 While there is a strong sense of community, Nihi Sumba is a supremely luxurious and private. Of course it’s a completely eco-friendly resort. 27 villas, with 38 rooms in a one, two, three, four, or five-bedroom layout, all with a private pool; a 2.5KM private beach, surrounded by 270 hectares of a lush, natural landscape.

While staying at Nihi Sumba there is never a lack of things to do. One morning we
went stand up paddle boarding on the Wanukaka river, and the next horseback
riding through the surf. Nihi Oka is an idyllic spa set on a dramatic cliff top a
decent hike away from the main resort. Guests can enjoy a full day “spa safari”
trekking through the jungle and then enjoying a range of treatments perched on
the edge of the sea, listening to the sound of the waves below. For the more
active, there is a stable on the resort which houses ponies and each year in
October, British Polo day comes to Sumba flying in teams from around the world
for a celebration of polo and raising much needed funds for the Foundation.
James and Chris have a vision for Nihi Sumba and it’s an exciting one. It based on
creating a paradise where luxury experiences sustainably support the
environment and the communities of the island. It is a harmonious relationship
which changes lives and brings like-minded people together. 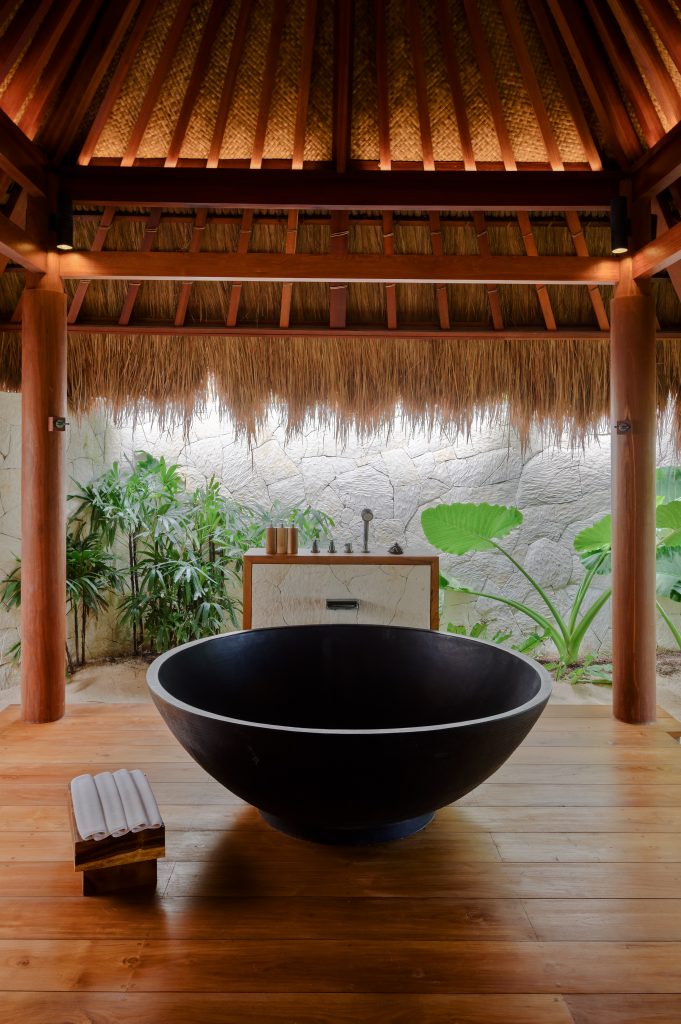 Most hotels you visit, few you really experience, and almost none do you forge an
emotional bond with. Nihi Sumba is a place not to be forgotten.

Guests can look forward to an all-inclusive stay at Nihi Sumba consisting of: