For years, Hawaii has been a picture of beauty. Romantically isolated from the rest of the world, on its own in the Pacific Ocean, the draw for big wave surfers and honeymooners alike. This volcanic archipelago has found fame in films on our screens and in songs on our radios—that classic Hawaiian sound of the ukulele rings in our ears and images of Hula dancers with coconuts float into mind.

But there is much more to Hawaii than popular culture might depict. For one, Hawaii is a name given to not one, but six islands. O’ahu and Hawaii Island are probably the most well-known, but go off the beaten track and discover a different side. 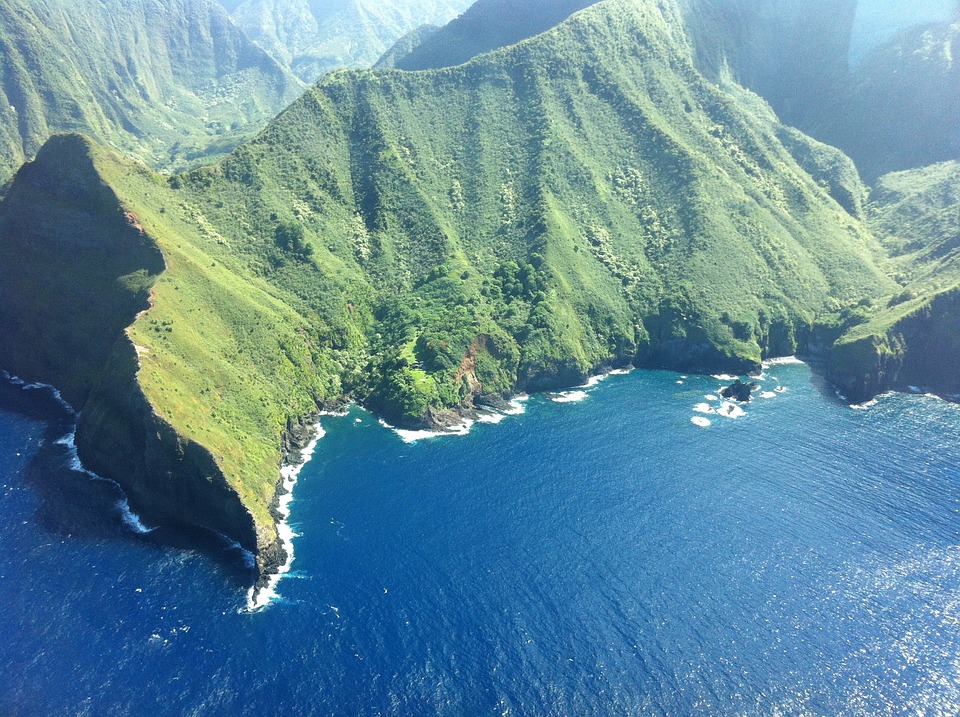 Take a short flight across the Lahaina Roads—the middle of the ʻAuʻau channel separating Molokai from Maui and Lana’i—and you will fly over rich, green cliff tops covered in hinahina flowers, which drop vertically into the glimmering waters of the Pacific Ocean below. You are on the “friendly island” of Molokai.

Of course, Molokai is a nature lover’s paradise with lots of little secluded beaches running all the way along the coast to the Halawa Valley, beautiful hikes and wonderful wholesome food. But it’s not all R&R. Over on the other side of the island, there is a sustainable project which is bringing jobs to Molokai and helping to solve the state’s housing crisis: the Kamalo Watersheds and Restoration Project being run by Sustainable Molokai (SM). 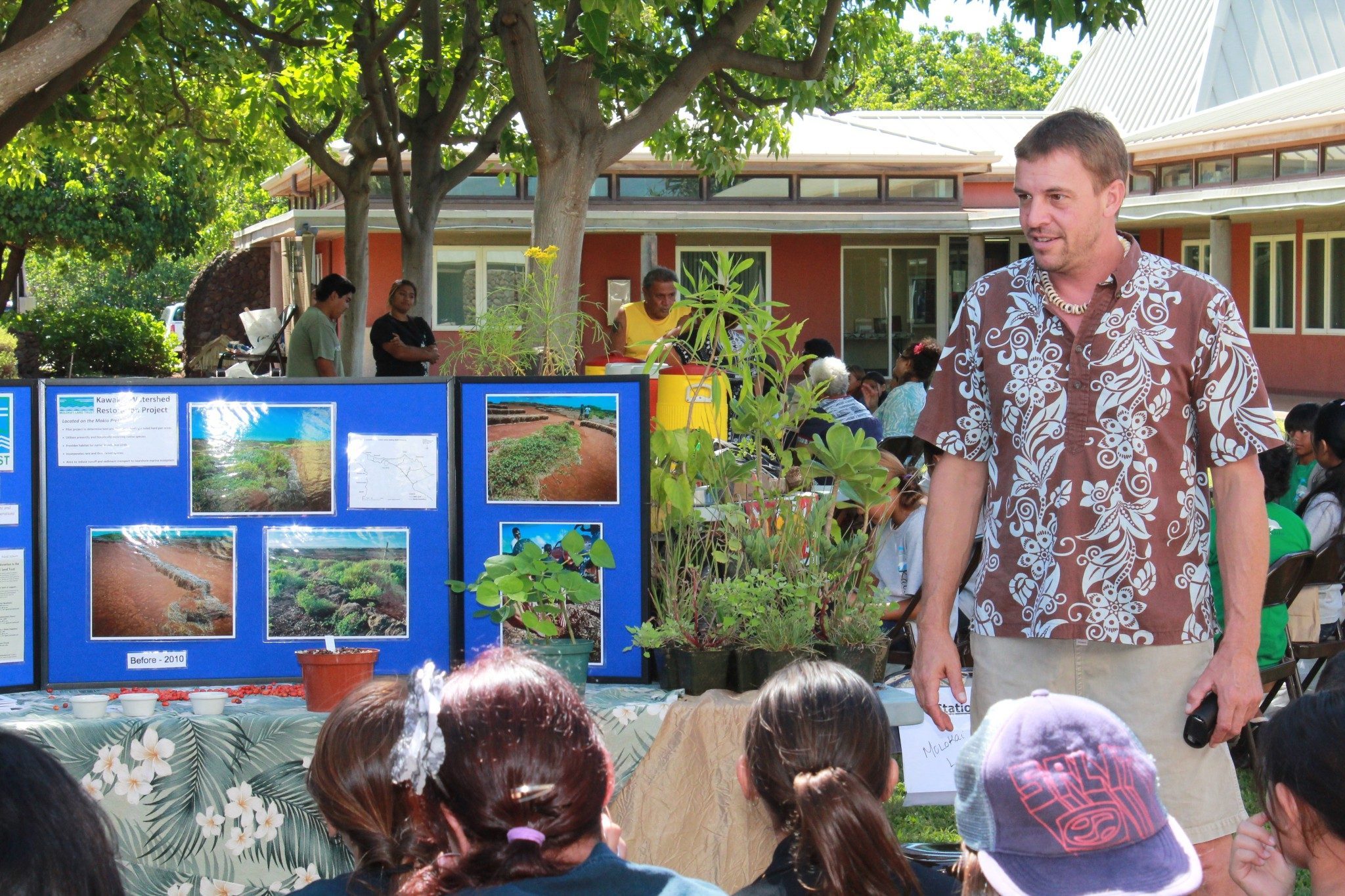 Molokai is one of the poorest islands in Hawaii and most of the youth take the first chance they get to leave. Hotel Molokai—the only hotel for many years—hosts a few travellers inconspicuously by the sea front. There are only 30 or so rooms that act as a wonderful safeguard against hordes of tourists, but this doesn’t bring in copious tourist dollars, either.

This local grassroots non-profit is committed to advancing agro-forestry and permaculture as both restorative techniques and sustainable economic development models. SM is partnering with local farmers to harvest the fast-growing bamboo for production into affordable housing units. It also conducts education and advocacy work that respects the Native Hawaiian culture as well as embraces modern strategies “to restore `āina momona (abundance) to the land and people”, as they like to put it. 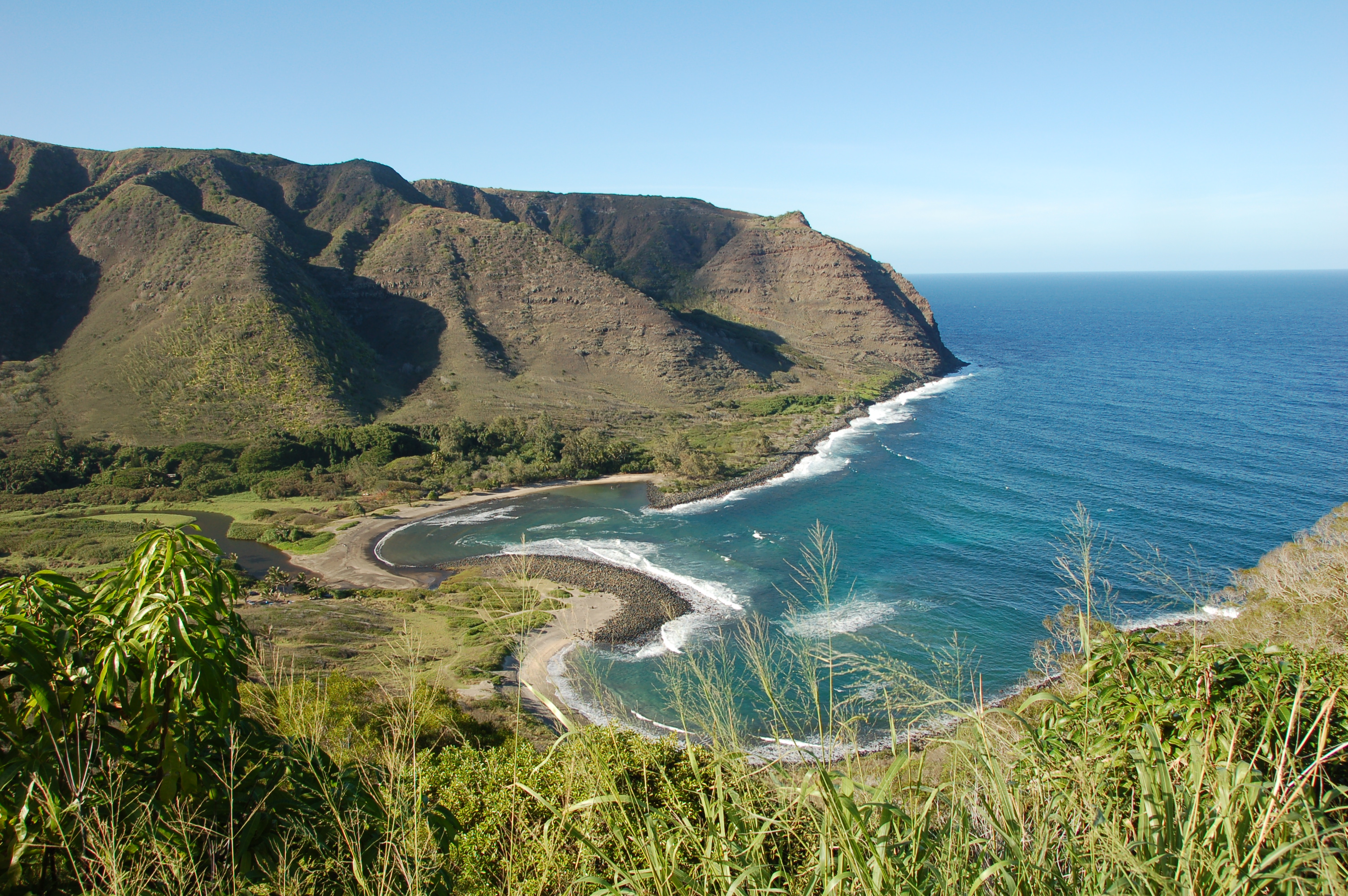 Farm to School is another project which supports more than 60 school learning gardens. Since 2013, it has partnered with the Kohala Center to work with Foodcorps, a national organisation that addresses child obesity and food insecurity in poorer communities. It also connects farmers to local children, encouraging them to “know their farmers and know their food”. 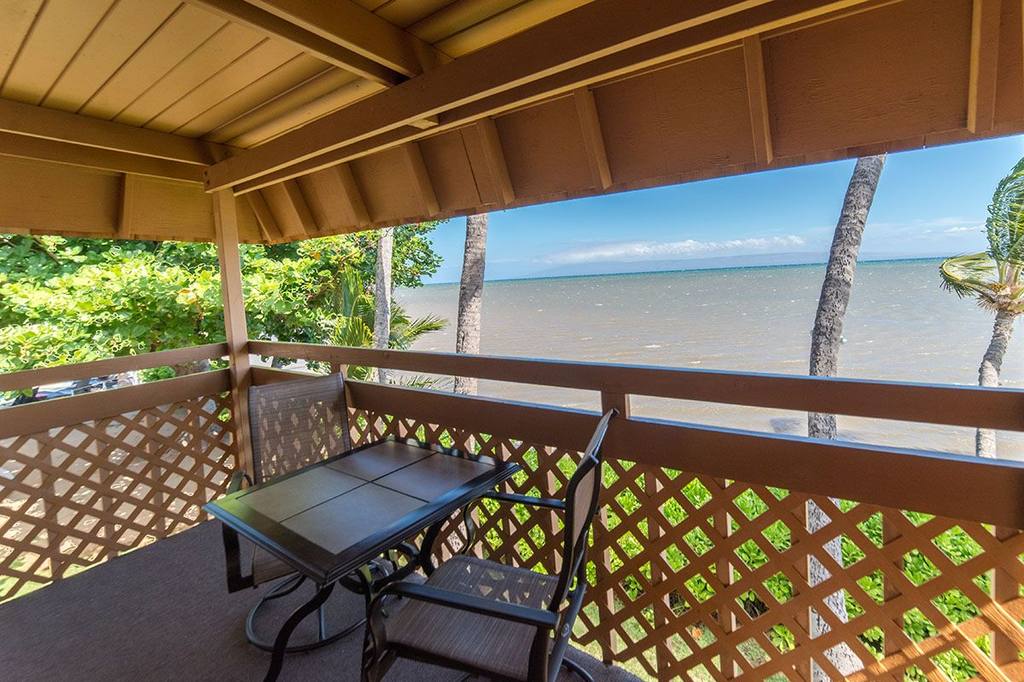 You can get to Molokai by short flight from either Maui or Honolulu. Stay at an Airbnb, B&B or at Hotel Molokai.

Molokai is not like the other Hawaiian islands. It doesn’t want to be flashy or touristy; you won’t find designer stores, luxury resorts or even a Starbucks on this little island. What you will find on Molokai is a desire to return the island to a state of abundance for its residents and for those who visit. Through Sustainable Molokai, it aims to become carbon neutral with the use of 100 per cent renewable energy.

Make any trip to Hawaii more meaningful and take a detour to Molokai. You won’t be disappointed.

Supercharge your year with GuavaPass