Ancient Egyptian structures were well-suited for the very hot and dry climate: thick walls with very few openings for ventilation. Chinese architecture is based on the balance of nature with the buildings around an inner courtyard. Ah, and the Greek beauties: the Parthenon, Acropolis; and the Temple of Apollo Epicurius. Geometric and complex lines with ornate designs and imposing columns, made with materials that were worthy of the Gods and meant to stand the test of time.

But time has passed and architectural styles have evolved until what we have now is a lean towards more modern structures that celebrate sustainability. With this has come a wealth of information about structural integrity and the safety of materials. It’s not just about building a house anymore—it’s about responsibly building a house that is environmentally safe and energy efficient. This won’t be a fad, but the way forward. This evolution of architecture may need to be decomposable to adjust to our ever-changing environmental needs, but that’s not to say this “Green Period” won’t also go down in history.

If you’re planning a new build or updating an old one, here are five innovative new materials and design ideas that will get you excited about the future. 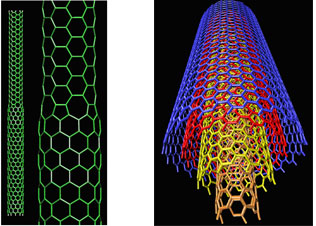 Nanotechnology is the science of manipulating materials at a molecular level to change the large-scale final products—like adding super powers to everyday things. It’s said that carbon nanotubes (CNTs) were first discovered in the 1950s by Roger Bacon but that he lacked the powerful electron microscope needed to prove their existence. In 1991, Japanese physicist Sumio Iijima “rediscovered” CNTs and has since received many awards for his ground-breaking research.

Imagine a single- or multi-layered carbon straw that is 100 times stronger than steel and one-sixth the weight, and conducts electricity better than copper. CNTs can improve the strength of concrete; are corrosion-resistant and reduce stress fatigue in steel; and are water repellent when used in wood. Titanium dioxide (TiO2) added at a molecular level becomes attractive to water when exposed to UV light: this is useful for sterilising, anti-fogging and self-cleaning purposes when used on glass. Silicon and dye-sensitised TiO2 is used for photovoltaic efficiency, and when sandwiched between layers of glass, fumed silica creates a heat-shield, providing natural fire resistance.

Here are some examples of how nanotechnology is being used today: 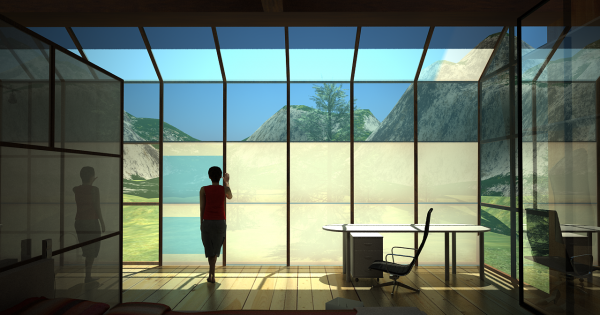 Electrochromic glass could make traditional window blinds obsolete. The glass is coated with nano-layers of metal oxides, which are layered between metal and plastic. Sunlight hits the coated glass and the ions move between the different layers, changing the opacity of the window. This reflects UV light, cooling the building naturally. How does this help beside leaving you with some dignity while changing? Smart windows could save up to 40 per cent of a building’s energy costs. The smart window market is estimated to be valued at US $500 million by 2019 and $9.1 billion by 2020. Mercedes and BMW are currently using smart window technology in some cars—this reduces the weight of the car, all the while increasing fuel efficiency.

Transparent solar cells could get energy from windows (Credit/Twitter)

While we’re talking windows, there’s also the transparent solar cells, which could make every window and sheet of glass a power source. Previous “transparent” solar cells were only partially transparent, but this new technology uses a transparent luminescent solar concentrator (TLSC), which absorbs specific non-visible wavelengths of UV and infrared light. This electricity is then transferred to the edge of the glass on to strips that don’t obscure the view. These solar cells are expected to reach a top efficiency of around 5 per cent—this doesn’t seem like a lot but this adds up when combined with other energy-saving technologies employed in the house. 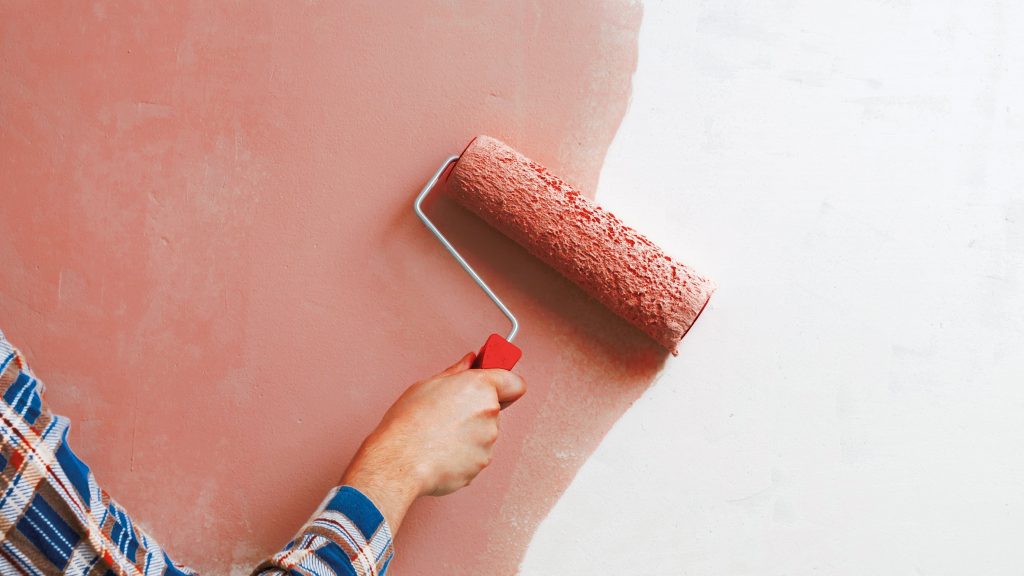 The Graphene Company has launched a new paint with carbon fibres that the company claims is the most environmentally friendly paint in the world. Graphene is thin, strong and is an excellent thermal regulator. Graphenstone is naturally antibacterial, corrosion-resistant and is made from 98 per cent limestone, which absorbs CO2. Its natural properties mean that this wonder paint does not release any harmful chemicals or fumes into the air, and for anyone who’s done any DIY paint-jobs this comes as a big relief! 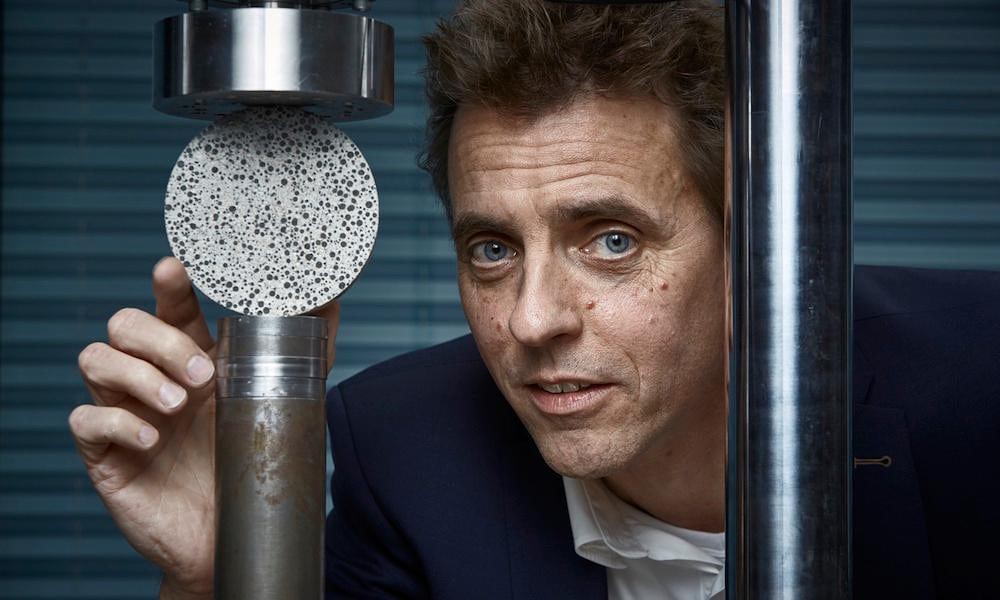 Concrete is the most widely used building material, but it’s not without its faults. Cracks and erosion from stress and water damage mean constant upkeep, not to mention that cement production releases high amounts of CO2 emissions into the atmosphere. Current policies suggest using a lot less cement, which is the “glue” used in concrete. While the construction industry isn’t going to stop using concrete any time soon, what they are looking at is creating a product that requires less material and lasts longer.

Superabsorbent polymers and “healing” bacteria spores are being added to soak up excess water and “heal” cracks. Bacteria lay dormant until put in contact with liquid, which is the catalyst required to kickstart the spores into filling cracks and repairing damaged concrete. This technology has been used in self-healing wastewater tanks in the Netherlands. 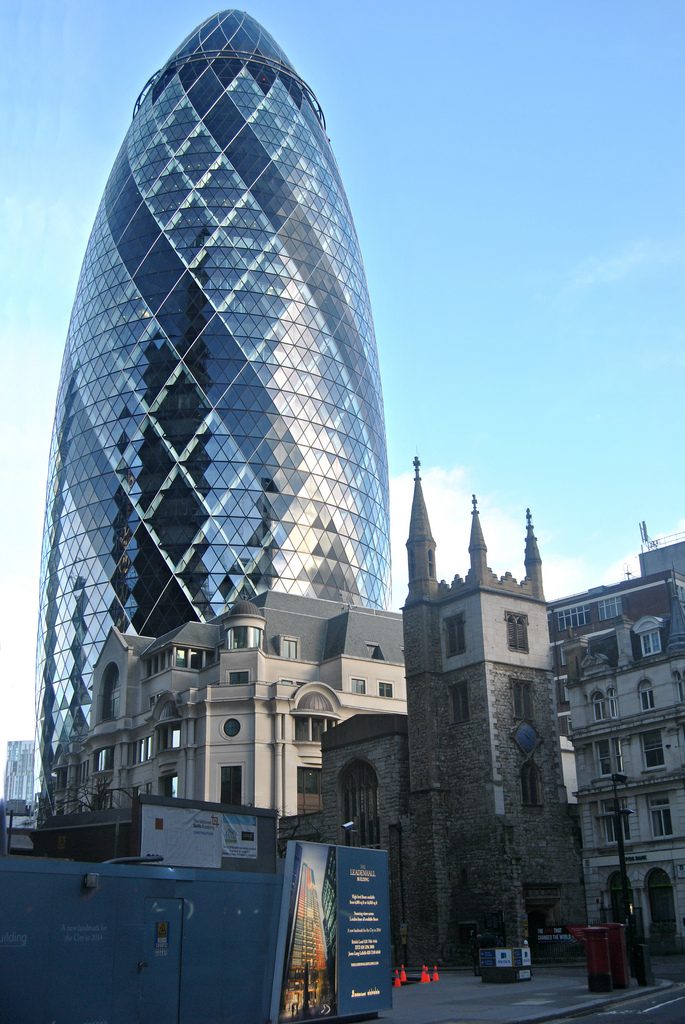 Biomimicry is “innovation inspired by nature”: applying what nature already does, and we know works, to buildings and construction materials. High-speed bullet trains, for example, are modelled after the beak of a Kingfisher bird to prevent “tunnel boom”; wind turbines mimic a humpback whale’s bumpy fins to avoid inefficient drag; and Speedo famously modelled swimwear after shark skin, the technology of which was so successful it has now been banned from the Olympics!

This same technology is now used on boats and wind turbines to reduce drag and conserve energy. In the UK, 30 St. Mary Axe—affectionately known as “The Gherkin”—is an exoskeleton-like structure designed like a sea sponge for natural ventilation. Biomimicry is also being used at the Dome building in Greenwich, London. The microscopic surface of the building prevents water droplets from building up and acts like a natural self-cleaning technology. As water rolls off, so does the dirt. 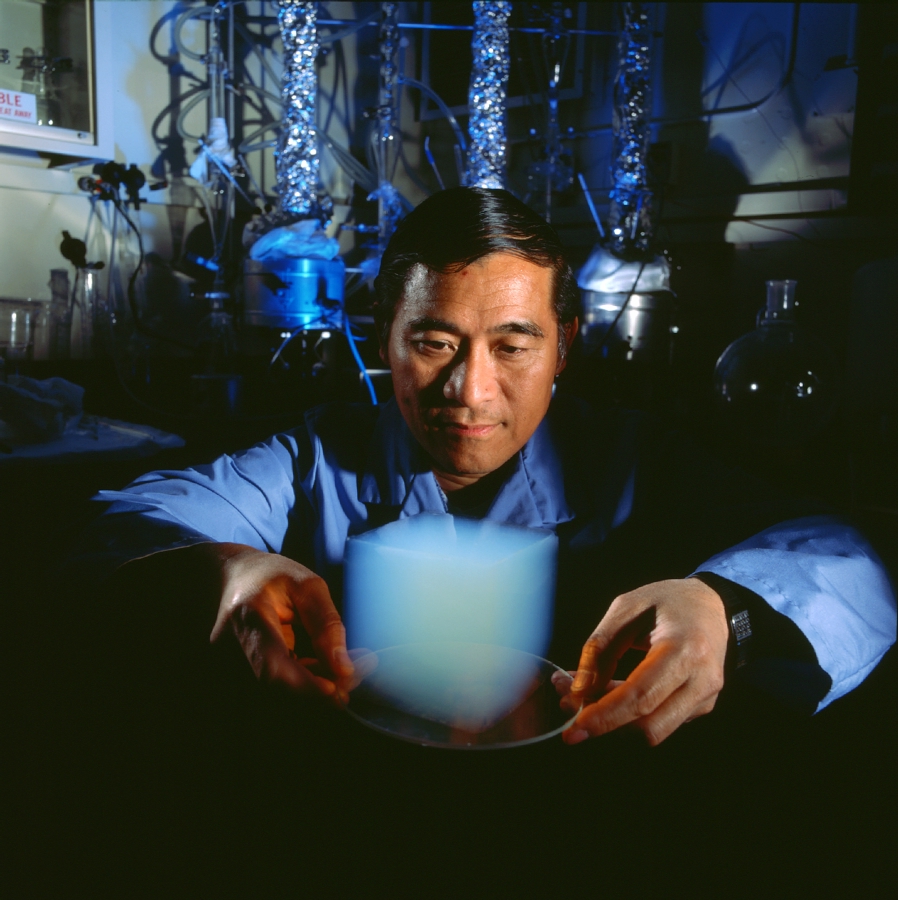 Fibre glass insulates 90 per cent of US homes. What most people don’t know is that fibreglass is the result of heating glass: this produces tiny fibres of glass that are hazardous to our health and to the environment. This possible carcinogen can get into the eyes, the skin and the lungs, and it uses boron— a rare mineral that, at the current rate of extraction, will be impossible to procure in the US in about 60 years.

Originally developed by NASA, Aerogel is a safer alternative to fibreglass that is also one of the lightest materials and most efficient insulators in the world. This wonder material holds 15 Guinness Book of World Records as the “least dense solid” and best insulator, and its strange properties have earned it the nickname “solid smoke”. This fibreglass alternative is naturally fire resistant and can update older houses to make them more energy efficient. 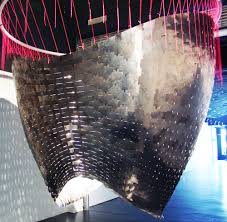 Thermobimetals is the process of fusing two metals together that react differently to heat. This highly conductive technology could be useful in double-glazed windows and shutters, which would react to the sun’s rays and not just the outdoor temperature. If a building were wrapped in thermobimetals, the material could contract in cold temperatures to prevent heat loss and open up in warmer weather to allow for natural ventilation.

Who would have guessed that in future the secret to making some of the world’s largest engineering structures more efficient was hidden at a molecular level all along?

The devil truly is in the details.