Hurricane Harvey dumped 50-plus inches of rain—over 30 trillion gallons of water—across southeast Texas and southwest Louisiana to Kentucky, and is estimated to cost up to US $180 billion. Less than a week later Hurricane Irma hit the Keys, bringing with it a destructive storm surge, rain, and heavy winds. Irma was the “the longest any cyclone around the globe has maintained that intensity on record”, said Phil Klotzbach, research scientist at Colorado State University. Together, the costs to repair the damage caused by these storms could be over $200 billion.

Irma sustained its 185-mph winds for 37 hours, and was a hurricane for nearly 12 days. For more than three days, it was a Category 5. The storm devastated many islands in the Caribbean and they now face severe food and water shortages. About 90 per cent of the structures on Barbuda are damaged or destroyed, according to the Washington Post, and some residents fear it will take years to get electricity again. Millions of people were left without power in Puerto Rico and Florida.

It’s difficult to comprehend the amount of damage these areas have sustained, so what can we do?

We don’t want the world’s rubbish 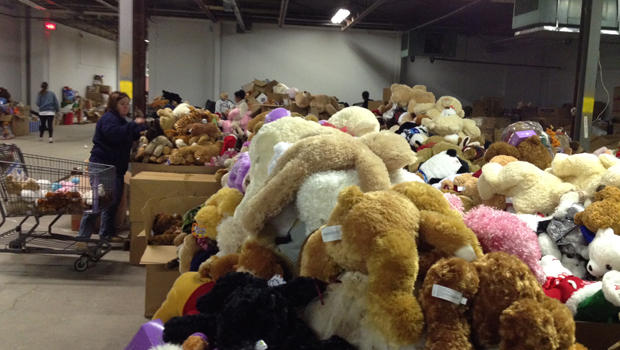 Thousands of stuffed animals, toys and other gifts sit in boxes at a warehouse in Newtown, Connecticut (Credit/Rick Hartford)

What would you want if you had lost everything? Fresh water, a way to communicate, a roof over your head. In 1998 Hurricane Mitch hit Honduras, leaving more than a million and a half people homeless. Boxes of useless clothing on runways prevented airplanes from landing with life-saving supplies. After the 2004 Indian Ocean earthquake and tsunami, a beach in Indonesia was piled with clothes that eventually rotted, became toxic and had to be set on fire. Following the 2012 Sandy Hook mass shooting in Connecticut which left 20 children and six adults dead, 65,000 teddy bears were sent to the small town.

Before you decide to clean out your closet and donate all your unused junk, just stop.

Money sometimes doesn’t feel personal enough for people. They don’t feel enough of their heart and soul is in that donation, that cheque that they would send. The reality is, it’s one of the most compassionate things that people can do.

One easy way to get involved is to give money to charity or to volunteer your time to help rebuild infrastructure and deliver supplies. It’s important to research charities, but in the end it’s a matter of personal preference whether you go with a small local charity or larger international organisation. Not all charities are created equal, and not all distribute funds as you might expect. These organisations know what’s needed on the ground and will prioritise. Sending unwanted relief items is often considered “a second disaster”, as relief workers try to wade through piles of unwanted clothes, high-heel shoes and plastic tiaras.

Charity Navigator has independently rated over 8,000 charities. Rating factors include program expenses (for example, how the money is allocated) and transparency. Charity Navigator does not rate local organisations based outside the US, but the ones below are reputable and have existed for many years. Here are a few of the charities recommended, along with their scores out of 100.

Local Caribbean organisations that get the thumbs up from Charity Navigator include:

Members of the St. John Community Foundation are local charities that work in the most heavily affected areas of the Caribbean. Donate here for a specific wish list. 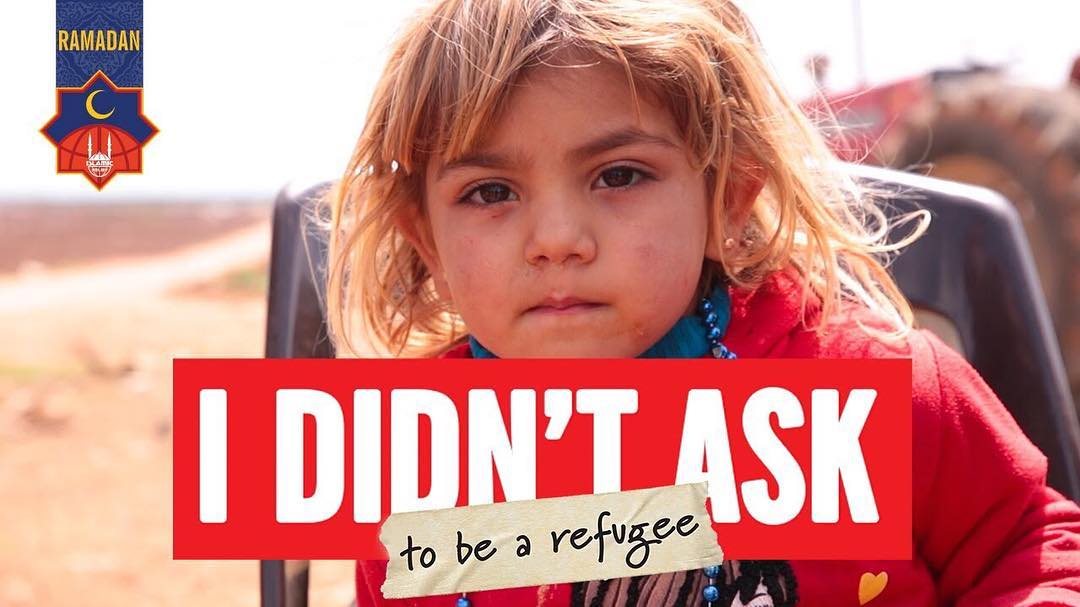 The number of refugees, asylum-seekers and internally displaced people around the world is more than 65 million (Credit/IRUSA)

Islamic Relief USA aims to alleviate suffering, hunger, illiteracy, and diseases worldwide. Launched in California in 1993, the nonprofit works on a variety of projects, including education and training, water and sanitation, income generation, orphan support, health and nutrition, and emergency relief.

Make a one time or monthly donation here, or to chat with someone at Islamic Relief to know more.

Brother’s Brother Foundation, a Pittsburgh-based international charity, has provided over US $4 billion of medical supplies, pharmaceuticals, textbooks, food, seeds, and other humanitarian supplies to people around the world in 149 countries since 1958.

Samaritan’s Purse is a nondenominational, Christian organisation that provides spiritual and physical aid to people affected by disaster and poverty around the world. It focuses on helping victims of war, poverty, natural disasters, disease, and famine.


All Hands Volunteers works to address the long-term needs of communities affected by disasters. Over the last 12 years, the organisation has enlisted almost 40,000 volunteers who helped 500,000 people worldwide.

“Any donation is crazy if it’s not needed”

If you’d rather send your own supplies, there are some very important things to remember. This information is coming straight from those affected in these areas, so they know exactly what relief supplies are needed and what people should definitely not be sending, even with the best intentions.

“We don’t need more rubbish”, said one victim who hid in her bathroom for 15 hours while waiting out Hurricane Irma. “There are clothes everywhere. We need to stop these shipments of crap. Practical stuff is so much more important”.